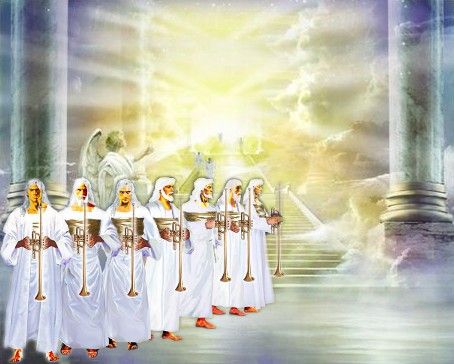 Understanding the book of revelation with Afolabi Dollars (13)

“And when He broke the seventh seal, there was SILENCE IN HEAVEN for about half an hour. And I saw THE SEVEN ANGELS who stand before God, and SEVEN TRUMPETS were GIVEN to them. And ANOTHER ANGEL came and stood at THE ALTAR, holding a golden CENSER; and much incense was given to him, that he might add it to the prayers of all the saints on the golden altar which was before the throne. And the smoke of the incense, with the prayers of the saints, went up before God out of the angel’s hand. And the angel took the censer and filled it with the fire of the altar, and threw it to the earth; and there followed RUMBLINGS OF THUNDER and sounds and FLASHES OF LIGHTNING and an earthquake.”-Rev.8:1-5 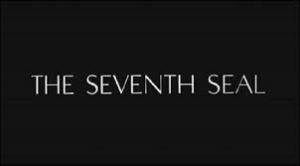 But when the 7th seal was opened, John didn’t SEE or HEAR anything; behold, there was ABSOLUTE SILENCE in the entire heaven for about half an hour!
We need to understand that “half an hour” here doesn’t relate to heaven itself because there’s no chronological time in the SPIRIT, it actually relates to the timeframe of John’s vision in experiencing the silence.

Putting our imaginations to work in understanding the SILENCE birthed by the opening of the 7th seal, we’d see John the seer, who in his visions was all along used to hearing noises of worships, joyous sounds, musical instruments, songs, voices, etc in heaven, but when this FINAL SEAL was broken/opened, everything in heaven was reduced to utter SILENCE; for about half an hour, he couldn’t hear the rumblings of thunder he first heard when he was first CAUGHT UP to heaven in chapter 4, he couldn’t hear triumphant songs, no hallelujahs, no harps, no singing, no voice of saints crying, all exaltations halted, BECAUSE THE AWE OF GOD’S EXECUTIVE AND JUDICIAL POWER IS BREATHTAKING TO THE ENTIRE INHABITANTS OF HEAVEN, SO MUCH THAT THEY ALL LITERALLY STAND SILENT BEFORE HIS THRONE! Kasa 🔥🔥 🔥 ERUJEJE BABA ERU!

What am I trying to say? This SILENCE isn’t because Heaven’s inhabitants got tired of their respective duties or ordinances, it’s actually a silence of AWE, a silence of ANTICIPATION of the inevitable reality of what is coming next, as the Lamb’s opening of the 7th seal makes what is in this final seal visible/known to them, and to prove this, following this scenario was the TRUMPETS JUDGEMENT of God, and we’d see the terrifying results of the first four trumpets sounded signifying the beginning of the end of God’s TERRIFYING judgment on the Earth.

“And I saw THE SEVEN ANGELS who stand before God, and SEVEN TRUMPETS were GIVEN to them. And ANOTHER ANGEL came and stood at THE ALTAR, holding a golden CENSER; and much incense was given to him, that he might add it to the prayers of all the saints on the golden altar which was before the throne. And the smoke of the incense, with the prayers of the saints, went up before God out of the angel’s hand. And the angel took the censer and filled it with the fire of the altar, and threw it to the earth”- Rev.8:2-4

What follows the absolute SILENCE of awe in heaven are the 7 Angels standing before the throne of God, awaiting God’s command to carry out the TRUMPET judgments.
Talking about Trumpets, there are about 4 main characteristic use of trumpets incorporated into God’s eternal agenda:

* Trumpet is used for the ANNOUNCEMENT OF WAR.

* Trumpet is used for GATHERING PEOPLE TOGETHER.

* Trumpet is used for HERALDING A NEW SEASON.

* Trumpet is used for the PROCLAMATION OF SPECIFIC TIMES; eg proclamation of FEASTS or festivals, atonements, offerings, etc.

There’s an interesting thing I want us to see herein encoded and decoded in the 7th seal; there are two categories of ANGELS in operation here, the first category are the “7 ANGELS” GIVEN the 7 TRUMPETS, and the second category is the “ANOTHER ANGEL” with the CENSER. The “7 ANGELS” stood before the THRONE while the “ANOTHER ANGEL” stood before/at the ALTAR, and don’t forget that ALTAR also speaks of ATONEMENT, so we have two angelic activities that carry out apocalyptic judgements on earth, and at the same time reflects THE FEAST OF TRUMPETS and THE FEAST OF ATONEMENT which are both sub feasts to the final feast, THE FEAST OF TABERNACLES.

For those who may not decode what I’m trying to declare here, there are 3 main FEASTS which are subdivided into THE 7 FEASTS in the Chronicles of FESTIVALS in the book of Deuteronomy and Chronicles, which are in alignment with the ETERNAL SCRIPT incorporated into God’s kingdom agenda for His people trans-generationally.

Below are the 7 FEASTS:

THE CHURCH began at PENTECOST and right now we are flowing into the frequencies of the FEASTS of “trumpets” sounded by the “7 ANGELS” before the throne, and of “atonement” raised by the “ANOTHER ANGEL” before the ALTAR in the 7th seal. These TRUMPETS shall herald the preparation for the FEAST of TABERNACLES where we are finally clothed/housed with IMMORTALITY.

As we continue with the angelic activities of the 7th seal, let me leave the activities of the 7 ANGELS who are GIVEN 7 TRUMPETS to carry out the trumpet judgements, I want us to focus on the activity of the “ANOTHER ANGEL” in the frequency of God’s judgement. This Angel referred to as ANOTHER ANGEL was standing at THE ALTAR of heaven and much INCENSE was GIVEN to him, and we need to understand the word “Given” as used for both category of angelic activities in this 7th seal. “GIVEN” here simply means “under God’s authority”, or “as enabled or allowed by God”, or “as permitted, scripted, ordained or instructed by God”; so, “GIVEN” contextually in this seal means DIVINE JURISDICTION or DELEGATED AUTHORITY or A RIGHT TO DO.

Having this understanding would make us decode that in the first category of angelic activities of the 7th seal where the 7 ANGELS are GIVEN the trumpets, these TRUMPETS don’t belong to the angels, they’re actually THE TRUMPETS OF GOD, but these 7 Angels are under God’s authority/Divine jurisdiction to announce the eternal mysteries of God in the frequency of God’s judgement.

The same applies to the second category of angelic activity in this seal where the ANOTHER ANGEL is GIVEN much INCENSE, which means he is under Christ’s priestly authority/divine jurisdiction to function here as a kind of “high priest”, Christ alone is our one and only High priest seated at the RIGHT HAND of power!

As soon as the prayers of the saints which the smoke of INCENSE represents, ascended to the altar of God in heaven, fire from the altar descended to earth as divine judgment. So, prayers ASCENDED to the altar in heaven as priestly incense, but fire DESCENDED to the earth as divine judgment, and both the “ASCENDING” and the “DESCENDING” are in this angelic activity under the auspices God’s jurisdiction and judgement.

I know there is a lot of praying amiss, and many SELFish and rubbish charismatic prayers made in the Christendom today according to the FLESH, but I tell you, we can’t rule out the spiritual relevance and efficacy of prayers of the SAINTS made in alignment with God’s divine will and eternal purpose, because at this frequency, prayers become the engine driving the eternal plan of God towards completion! 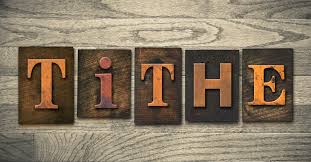 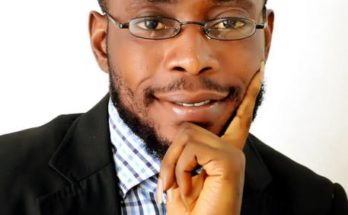 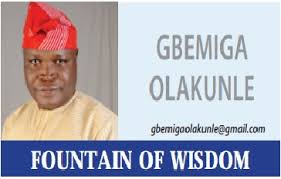