School wonder: a 12-year-old boy who could not recognize the letter A

…now speaks like an orator after free education-Rev. Odinachi Okereke

Rev Odinachi Okereke has spent 20 years in missions in the Church of Nigeria Anglican Communion. He has been to a number of places in Nigeria and has also traveled outside the country. But his missions story is never complete without his pet project, the education of rural dwellers. His heart burns each time he visits communities where the inhabitants are largely illiterate.

Rather than moan over the situations, Okereke has taken it upon himself to establish schools in those communities with the hope that many of the children would have access to western education. He has experimented with Bayelsa and Delta State and the testimony has been quite encouraging.

But the challenges according to him are enormous. Okereke during a chat with our correspondent at the St. Paul’ Cathedral Ezeoke, Imo State said his desire to invest his time and passion in education stems from his own indigent background.

He said, “I have enjoyed a lot of favour. I came from a poor background. I went to a good school on scholarship. I have this natural passion to make an impact wherever I go. I just want to do good at any given time. That is why I feel there is a need to always be of help to those who are disadvantaged.”

On how he began the mission schools he said, “When I got to Bayelsa and worked in the rural places most of the people in the communities were not educated. The adults in many of the camps were illiterates. It was difficult to communicate with them since I could not speak their dialect. That was what led my wife and I to work towards educating them so we could communicate with them. So apart from bringing the people out of ignorance and exposing them to western education our goal was also to create a template that will make missions easy for us. So we began a school in that community and it has paid off though with many challenges”

He said the school has paid off because now, many of the children of the rural dwellers can now help their parents to sell their goods to visitors and communicate effectively to strangers. Educating their children was going to give them relief. We also found that the few children going to school were traveling over a long distance to school. There was a day I saw some of them under the rain and offered them a lift. That was when the Lord told me we should start a school there.”

Why I took to missions

Okereke who chose to be a missionary from day one of his ministry said he had no illusion as to where God wanted him to serve. He said, “I have always given examples of knowing your calling. If you’re on a journey and you don’t know your destination you may end up in the wrong place or the desired place. A lot of people come into ministry but don’t know what they are called to do.

“I had a revelation while in India. In my dream in the hotel room, there was this big man who came out of the gallery and called his children. The children started coming and came to the compound.  They all got busy because they saw that there was work to be done. But one walked to the father and asked why did you call? Before then the father was wondering why they were doing things they were not asked to do. God then told me many of his children are doing things they were not supposed to do. They only heard a call but don’t know the place they are to operate. From my childhood, I knew I was called to missions.”

While recalling that the years he served as an evangelist in the Anglican Church before he joined the church fully as a priest have been quite fulfilling. He said, “I think its God that has been keeping me. By the time I got married I did not have any money in the bank. But thank God my wife was a missionary with the Scripture Union by the time I married her. So she understood what it means to serve.”

Okereke who oversees the two schools he founded while in Delta and Bayelsa from his Ezeoke base said the experience of serving has been awesome. “It has been good and rough. I remember the 12-year-old boy who could not recognize letter A but now he speaks like an orator after we exposed him to western education. Many of the women now can converse in English. We had a lot of converts from the children. It helped the children to compete with other kids”

He said many of the children in the schools he founded are on scholarship noting however that the cost of maintaining the schools has been quite excruciating. Those who pay school fees pay like N3000 per term. The amount is just to defray the cost of basic things needed in the school.  But then we still have to largely depend on donors. Unfortunately, the support has not been too encouraging. “We thought by now we could have procured engine boats to transport students from one place to another. There is a lot of unreached people in the Niger Delta region and education is one of the means to reach them. I think the church should invest more in this. We have had calls from many of the camps to come and establish a school. But for the paucity of funds, we would have been eager to go to those camps.”

On his missions to India, he said, “My mission to India was born out of my internet evangelism. I went there in 2004. Most of my friends online were Asians and I was always chatting with them. A group of Indian pastors called me to come and minister to them. That was what informed my trip to that country. We had regular outdoor meetings for 32 communities.”

He said the outdoor meetings gave him a clue that the harvest of souls in the Asian world is ripe. “They are ripe for evangelism. Many of them are tired and eager to hear the gospel. A woman once approached me and said she heard the Christian God saves. There is high-level hunger for God in that part of the world.” 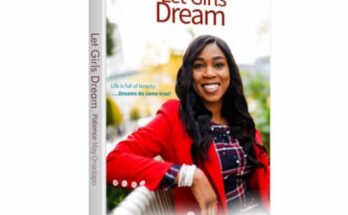 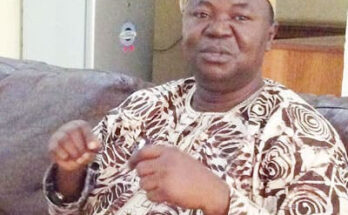 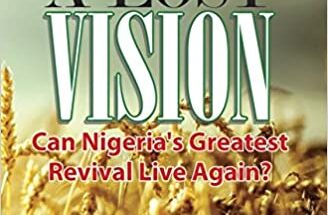 One Comment on “12-year-old who could not recognize letter A …now speaks like an orator after free education-Rev. Odinachi Okereke”