His gentle and quiet disposition mark him out. When he talks, he picks his words and seems to be quite discreet in his relationship with people. Some have described him as being too humble. Some have even accused him of being too loyal. But for The Rt. Rev James Odedeji, the new Bishop of Diocese of Lagos West, these traits appear to have robbed off on him through long interaction with The Rt. Rev Peter Awelewa Adebiyi.

Odedeji, 45, did not set out to be a priest. But for the call of God he would have ended up as a lawyer or a soldier “I had nine credits at my school certificate and also passed JAMB very well and was offered admission to Obafemi Awolowo University and Nigeria Defence Academy. I was trying to decide on what to do with the two admissions when I heard the call of God inviting me to the sacred ministry of the church.

“On one occasion I had a voice quoting from the book of Isaiah that my ways are not your ways. At that time my way was to go to the military or to study law and I asked God what he wanted me to do and he said, you will be my servant in the holy order”

Ironically, his father who was a priest in the Anglican Church was not too disposed to his new found desire. His mother would not care but there were a lot of concern for him being a young boy who lacked experience. He soon got admission to Emmanuel College and emerged the best student in his set.

That was the beginning for Odedeji who observed in an interview published in the Synod News of the Diocese of Lagos West that the Lord has been prospering whatever he laid his hands on. After his seminary exposure, he pursued a degree in Religion at the University of Ibadan and has since acquired an MA while also pursuing his doctoral degree.

He attributes his meteoric rise to the grace of God and the ability to follow well. “I am always loyal to my boss, not for eye service. It is just my nature. My late father once told me that if you are too big to follow you will be too small to lead.”

So within a space of 25 years, the Osun State born bishop has every cause to thank God. But it has not been a bed of roses. His success has come with some challenges noting, “I had a recommendation that I have the midas touch that I can turn around any dead church.”

That recommendation informed his posting to a church established in the midst of idol worshippers and later to another notorious environment in Agege, Lagos where he said he learnt how to wait on God and intercede for people.

While declaring that his wife remains his source of encouragement he recalled, “I was involved in a ghastly motor accident with my wife on our way from Ondo. Our vehicle somersaulted. As my wife was shouting Jesus, I was praying that if that would be the end, God should just spare my wife so that she could return to Lagos and take care of the children. Miraculously there was an opening in the vehicle and we found our way out and I was asking for my left hand, which had turned backward. I was on POP for 13 months. It is a miracle that I could use the hand.”

As the Bishop of the biggest diocese in the Church of Nigeria, Odedeji may have to contend with a number challenges, he however notes that the grace of God is sufficient to see him through. “I know I’m in for serious work. As the chaplain to Rt. Rev. Dr. Peter Adebiyi I saw Bishop as hard working and tireless person. He is goal oriented. I believe the God who has helped him will help me too. God knows our limitations. If it is not the will of God I wouldn’t have been chosen. I believe that if God is backing you, nobody can put your back on the ground. The God of the mountain is also God of the valley. I have a strong faith that the Lord will see me through the new assignment and His grace will be sufficient for me.”

Commenting on his predecessor he said, “The first time I met him was when I was a student at the Emmanuel College. I heard a lot about him as a student and looked forward to working with him. I admired the way he preached and presided over sermons. I came across one of the books he co-authored and that book really made impact on me. He has been so much into academics and that has greatly influenced me too because I love reading. He had become Bishop of Owo by the time I finished from the seminary but he was later translated to Lagos as Bishop.”

Odedeji recalled with nostalgia the day Bishop Adebiyi offered his staff to him thus making him his first chaplain “As a chaplain I traveled a lot with him. I discovered that he was a caring man. He has no skeleton in his cupboard. The first time I traveled I slept in the same bed with him. I was so uncomfortable that day because it was unheard of that somebody of my caliber will share the same bed with him. As a young boy who lived in the vicarage, I knew the way bishops were respected so the disposition of Bishop Adebiyi was a bit strange to me.”

Describing Adebiyi as a kind person, he declares, “He goes from place to place putting smile on people. He is a very humble person and he does not believe anybody should be treated badly. I was his chaplain for three years with him before I was given another assignment to pastor All Saints Anglican Church in Oshodi. At that time the church was almost dead and was about being buried. Things were so bad in the church I remember my wife woke me up in the night of our first day there and asked what was my offence to warrant that kind of posting. I told her then that the Bishop was trying to bring out the best in me.

“The church had been there during the days of District Church Council but unfortunately things went so bad. But God assisted us with his prayers and support and the place came alive again and the place became an archdeaconry seat. I became the first archdeacon there and from there was appointed the third dean of AVMCC in June 2010.”

On what he is taking from Adebiyi he said, “From Bishop Adebiyi, I learnt frankness, being down to earth. Even if you want to kill him, he will tell you how he feels about an issue. He is generous. I don’t know what he cannot offer. If you give him a new naira note, he keeps the note and gives it as offering in the church. He is a good family man. His wife and children are wonderful. His children are humble and have been so caring. He is accommodating. He sees something good in everybody. He has invested so much in us. We will continue to remember him.” 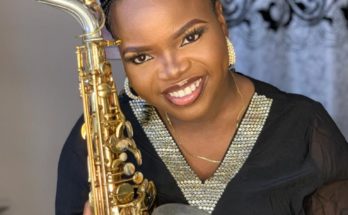 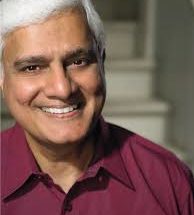