The General Superintendent of the Deeper Life Bible Church, Pastor Williams Kumuyi has recounted how he stood his ground as a result of his obedience to the gospel since 1964 when he gave his life to Christ recalling also how he was expelled from his former church.

Kumuyi who was ministering at the recent national retreat of the church however said that he was not ready to shift ground adding that he would die obeying God no matter what it would take.

He recalled that the first time he came to the knowledge of the scriptures he did not find it difficult to obey God in fullness noting that his father, a disciplinarian was the first person to feel his obedience to the word of God.

He said, “Before I gave my life to Christ my father was making me to take some concoctions whenever I was sick. I found out that the concoction was not of the Lord. But by the time I came to know the Lord I told him one day that I could no longer continue to take the concoction because I had found the Lord. Though he was a disciplinarian, yet I stood my ground on principle. He had no option but to let me be.”

Giving further insight to his early days in faith he recalled how his principal in secondary school, ostensibly Dr. Tai Solarin was an atheist noting however that he was a great disciplinarian. “I was a student in the school (Mayflower Secondary School) and then later was a teacher. Because I had given my life to Christ I could not continue to obey his non-Christian stance. He was an atheist and he would tell us to come to work on Sunday. And I remember going to tell him that I worship God on Sunday and was not going to come to work on Sunday. I would go to church on Sunday and come back to work on Monday. He was a great disciplinarian but I did not allow his anti-Christian instructions to deter me from obeying God.”

But what came to Pastor Kumuyi, who graduated from the University of Lagos in 1967 with a first class in Mathematics as a shock was the reaction of the overseer of his former church to his new found faith and his zeal for the Lord. “My former overseer was a great man. Wonderful but he could not stop me from obeying the Lord. I did not plan to start the Deeper Life Church. But I was just moved by the instruction of the Lord Jesus to go into the world and preach the gospel. But my former church did not believe in evangelism.

“But I was interested in evangelism and was busy preaching the gospel and doing the Bible study then at the University of Lagos. At a point the overseer called me and warned me and said I was operating a church in the midst of a church. I wondered what he meant by that. But I was not moved. He said if I continued with the preaching of the gospel the way I was doing I would be expelled. I was not moved. Eventually, I was asked to leave the church. My expulsion from the church was announced on the pulpit.”

He then stressed further that “since I did not stop obeying God since 1964 when I surrendered my life to Jesus I am not ready to do that now. I believe all those of you who have followed my ministry over the years are not ready to disobey God either. It is too late in the day. We are going to continue to obey the Lord all the rest of our lives.” 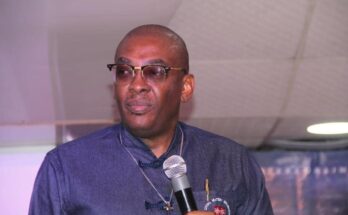