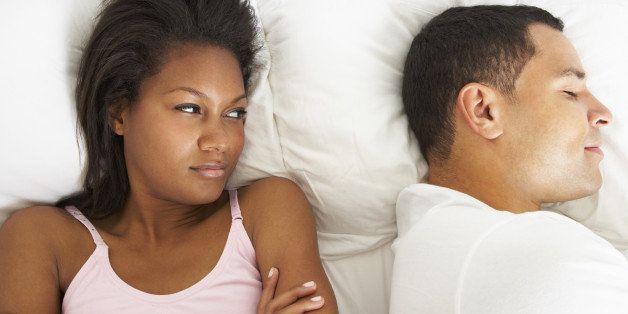 It is not every broken heart that can easily be mended. In fact, some may never be fixed and refuse to heal because of the quantum of emotional damage and hurt they went through.

How do you console a man whose “faithful” wife voluntarily confessed to him that she slept with one his friends? The secret affair was said to have produced a four-year-old boy whose paternity the husband is now rejecting.

This is not an imaginative story or a movie but a true-life story of a Nigerian couple in Europe. The man and his wife broke down in tears at intervals while the conversation was ongoing on a Facebook live show.

Reluctantly though, the man agreed to keep and forgive his wife after persuasive appeals, begging and words of encouragement from the anchor. He was told about a couple whose first child does not belong to the man biologically. He also learnt about a couple who are having a more heart-rending and emotionally devastating situation than their own.

He was encouraged on the fact that his wife is genuinely “repentant” for confessing without being forced or caught in the act. The anchor, therefore, consoled the couple that the man’s friend who slept with his wife must have used a spell to charm her.

“How do you explain a man who came in to sleep with your wife on your matrimonial bed without fear?” The anchor queried, adding that his aim must have been to destroy the home. Apparently, the narrative seemed to have calmed the weeping man and remorseful wife. The incident actually happened five years ago while the boy is four years old but the confession was made last week.

Infidelity is a grievous and sacrilegious moral infraction in marriage. As bad as adultery is, it is a rampant crime committed by the married. It has no boundary, class or age limits. It is a deadly indulgence that kills slowly like poisons. Sleeping with another person’s spouse is an act of foolishness and self-destruction. A lot of spiritual exchanges do take place while committing adultery.

More often than not, it usually ends in regrets. When the woman in this scandal was indulging in the secret affair, only God knows what was driving her into it. That she willingly confessed to her husband without prompting or suspicion is perhaps a good reason to think that she was possibly bewitched.

Quite a number people are guilty of this marital aberration. There are women who have decided to go to the grave with their guilt for giving their husbands children that are not biologically theirs than to confess for fear of shame and possible loss of their homes. Likewise, several men have children that are being raised in other homes unknowingly. There are unclaimed or denied children outside apart from those born by adulterous married women; such children especially by unmarried women have swelled the number of single mothers in the society.  The products of infidelity are many in family circles.

There have been reported cases of suicide and spousal murder as a result of the sinful indulgence. Reasons adduced for indulging in extramarital sex may sometimes appear “understandable” to human reasoning but I think two wrongs cannot right the wrong because the consequences are usually unpalatable.

In a situation like this, what should the offended party do? What remedy or appeasement should the erred partner apply to keep the home and heal the hurt? Can the betrayed trust be earned again? How about the products (children) of such illicit affairs? How do we stem the increasing acts of sacrilege among couples? Providing feasible answers to these and other questions would go a long way in addressing the agony of betrayed spouses and their jinxed relationships.

One thing is certain, the offended party is hurt, disappointed and betrayed. It takes wisdom, maturity and godly mindset to stay calm and endure the trauma. It is not funny at all. At this stage, depending on the maturity of the persons involved, a third party like parents’ trusted friends, spiritual leaders or counsellors are needed to wade in. In a tensed circumstance such as this, those who are emotionally strong might go into depression while the feeble-minded might contemplate suicide or any other dastardly acts. It is the height of frustration occasioned by acts of betrayal by trusted spouses.

First, the wronged partner needs to calm down in order to respond rightly and wisely. Being calm is not a sign of weakness, rather, it is an attribute of strength. The cheated partner should reason widely by factoring everything and everyone into consideration on the scale of their reaction or decision. Doing this will engender a moderate, bearable and likely acceptable response to the issue.

I know a family who went through this kind of challenge twice. The woman was able to handle the situation with less fuss. She said: “I realised that the aim of this disappointing behaviour by my husband was to scatter my home. Do I want that achieved? I said no. Then, I decided to accept my husband’s apologies and we moved on. This harrowing experience happened to me twice. Naturally, I found it difficult to pretend that I was not hurt, but, hey, it’s real.

The two lovely children are now living with us. I personally went to collect them from their mothers when they were two years old. Our children share everything together. They’re all mine. I became fond of them such that nobody will ever imagine they are not my biological sons. Their moms were initially sceptical about releasing the boys to me. I went with my husband’s parents and assured them of their safety, proper care and love. I did that so they won’t grow up feeling like outsiders among their half brothers and sisters. It will also afford them to enjoy the care and warmth of their father’s presence. It is not easy but I did it.”

The erred partner should be humble and apologetic in attitude. The offender should demonstrate sufficient penitent and remorseful behaviour to assuage the hurt inflicted on their partner. The most important thing to do is never to allow a repeat of such mistake.

I have seen a few men who, rather than apologise, began to grandstand. They claimed it was men’s place to have more than one woman. Yet, they lack what it takes to maintain more than one woman much less polygamous homes. They should strive to regain their partner’s confidence. They should surprise them with gifts, go out together regularly, identify with their interests, lay bare your cards on the table and carry them a long in your activities. With these, over time, you may begin to earn their trust again.

Lastly, never be hostile to the children outside. Destiny may have connected you together. God is the ultimate judge in cases of infidelity, betrayal and malice. Allow Him to compensate you and not to condemn you. The Holy Book says we should not repay evil with evil. Believe that the innocent souls (children) have destinies to fulfil in life and you are blessed to be a channel of grace to them.

Re: The Lonely ‘World of the Widow’

This write up really made my day! I’m a widow of more than 13 years now. I could remember when my landlord reluctantly accepted me as his tenant. What about the time my daughter was sent out of school hostel because I turned down the proprietor’s advances? He did it at a crucial moment like a day to JAMB. Today, I have changed some men’s mindset about widows and single moms that we can actually live a decent and responsible life in trying period. I’m a living testimony. Kenny, O. Lagos. 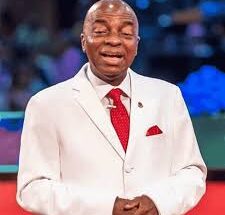 Thanksgiving: Our Access to a Breaking Limit Heritage! by Bishop Oyedepo 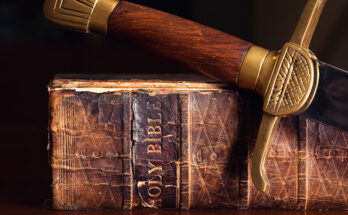