Laolu Oladitan is a Nigerian based in the US. He is an Engineer by profession and a pastor by calling. He has been living in the US since 1979 when he went there for graduate studies. He shares his story with Church Times Nigeria. Below are excerpts:

Kindly give a brief background about yourself and your early years

I was born in 1950 in Minna. My dad worked for the Nigerian Railways and we lived all over the nation due to transfers. I was privileged to live in Kano, Zaria, Gusau, and finished my primary school Education at Ogui Methodist in Enugu.  I did my secondary Education at the Baptist Boys’ High School Abeokuta, my undergraduate work at The University of Ibadan and graduate work at the University of California, BerkeI ley and the Golden gate Theological Seminary in Mill Valley California. (Now Gateway Seminary in Ontario California).

What did you set out to become while growing up and would you say you’re achieving those things?

I Studied production Engineering and wanted to be a researcher and entrepreneur. But the Lord had other plans for me.

What informed your trip to the US and are you still pursuing your initial dream when you traveled to the US?

I came to the United States for graduate studies in 1979. By the time I finished, I could not secure any employment in Nigeria and with a wife and eventually four kids, it became convenient to continue to live in the US.

By the way how did you become a Christian and a pastor by extension?

I became a born again Christian in 1974 at Pastor  Ayo Oritsejafor’s church in Sapele. At that time he was a young, dynamic pastor with Pastor Idahosa’s Church of God mission.  Even though, I was an engineering student on summer Industrial Training at ATP Sapele, I felt the call of the Lord into the ministry. It was a call I did not answer until 1994 when I went to the Seminary. I was active in the church and was an assistant pastor in a Baptist Church by 1983. After Seminary education and ordination in the Southern Baptist denomination, we moved to Southern California where the Lord led me to work in a Cherubim and Seraphim church for about five years. Though I still associate with my C and S friends, I work with the RCCG  now.

What would you say makes the difference between Nigeria and the US?

By the difference I suppose you mean the difference between living in the US and the Nigeria. The decision to stay behind was a matter of what was expedient for the family at that time. With each visit to Nigeria, It was becoming more apparent that to bring my family home would be to subject them to unnecessary hardship.

Do you still have a longing for Nigeria? Do you hope to come back?

Yeah, the Nigeria of the 60s and the 70s. Do I see myself coming back home? Which home? I weep for Nigeria. My generation did this country evil. We did not build on what the Awolowo generation left with us. With a succession of inept, incompetent, indolent and clueless military and civilian governments, we watched and hustled and bustled as the country slid into physical, moral and spiritual decadence.

We evolved into a nation of  ‘everyone for himself, God for us all’. The schools that turned out outstanding scholars in our generation were allowed to decay as people ferried their children abroad or private schools. Hospitals that provided us with free medical treatment and filled our prescriptions for next to nothing have gone the way of the Dodo bird and the poor man is allowed to die with ignominy on concrete floors.

Sixty years after independence, we cannot enjoy consistent electricity and no running water for the citizens. We owe this generation and generations to come an apology. It is a collective failure and we should hang our heads in shame. But in this business, you go where the Lord leads. My next port of call only the Lord determines.

You see, when I was in the seminary, the Lord asked me one day “What kind of ministry do you want?” And I answered “The ministry that is near and dear to your heart”. Since then I have not had an easy ministry. It’s been from one hot spot to another. Anytime I want to complain, He will remind me of my answer. Some people listen, others don’t. I am just a messenger.

The covid-19 pandemic is what is ravaging the world now. How is the response in the US community where you live?

The Covid -19 is an eye-opener that things are not always what they seem. People generally are compliant to government directives. Whether you agree with him (Donald Trump) or not you’ve got to give credit to a president who almost on a daily basis communicates with the people. He encourages, gives directives and aid to the citizenry.

God allowed Covid-19 to bring a message to the Church, the body of Christ. We were too busy pointing accusing fingers at the rest of the world when we should really be looking at ourselves. We became busy with the business of church. We measured our success by the size and splendor of our edifices of worship and the asinine tiles we give ourselves. We recycle and nurse the same group of Christians week after week so they can regularly be milked.

The Bible says that, “But when the fullness of the time was come, God sent forth his Son…..”. What was the fullness of time? The time when the Gospel could be taken to the ends of the world. See, what the Romans did was to arrest piracy and banditry on the waterways and highways. They built good roads so that it was easy to travel the Roman Kingdom. They also kept the Greek language as a common language of commerce and education.

After Pentecost, the disciples became comfortable, reveling in their swelling numbers in Jerusalem, forgetting the commission to ‘go and make disciples of ALL nations. After the martyrdom of Steven, God allowed a great persecution to arise against the church and they were forced to disperse, hence the diaspora.

These were the ones who started the churches that the Apostle Paul later visited on his missionary journeys, with the exception of maybe the church at Ephesus which he left Aquila and Priscilla to run (Acts 18:18-20). Covid-19 has forced us out of our sanctuaries.

Now we realize we can preach a sermon from our living room and Google translate will translate it for a guy in Japan.  Covid-19 is God giving His people another chance to go about what He sacrificed His Son for. It is the Fullness of Time. It is still day time, and night comes very quickly when no one will able to work.

What is the response of the Church leaders and the church community in the state you are in the US to the pandemic?

The response of church leaders vary from church to church and denomination to denomination. Most churches complied with the government regulations. But there was one foolish pastor who insisted on being open claiming, “you cannot shut down the house of God” It’s just plain ignorance.

From what you read and insight what would you say is the cause of the virus?

There are lots of theories flying around.  No doubt China has to do with its origin. I believe it is an altered experimental virus that got out of hand. Hence the attempt at cover-up by the Chinese until they could no longer contain it. But I am more interested in the message for the church and the need for us to get up and shed the denominational and cultural jetsam and flotsam that have been impeding the spread of the gospel.

What in your view should be the best Christian attitude in this season?

The best Christian attitude is to wake up and evaluate how much time and resources one is putting into ‘making disciples of all nations. Ask yourself at least weekly “How many people did I introduce to the kingdom of Jesus Christ this week?”  That is the question Covid-19 has brought.

Do you see the Church changing in its worship and modus operandi after covid-19?

I hope so. God help us if we go back to business as usual. I believe this is the final warning to the church. Next time it is going to be the sounding of the trumpet and a lot of people who are not “eagerly expecting His return” will be left behind. He who has ears …….

What has been the general impact of covid-19 on the spiritual lives of Americans?

I believe generally it has heightened the awareness of people to the fact that the only one who can preserve is the Lord God Almighty. I see cities where people line the streets praying. And thank God for a church-friendly president.

There is so much conspiracy theories out there. What do you think about this theories as they relate to covid-19?

Like I said earlier, I really do not know what the real truth is.  No doubt the origin is China. No doubt it is a genetically altered virus from the manner it went pandemic. No doubt China’s attempt at cover-up aggravated the situation as Trump constantly reminds them. God allowed it to remind His children we are running out of time.

Do you see Trump winning the hearts of the people in the next election given the way he has been handling the covid-19 pandemic in the US?

People like strong leaders. If you are a person of color living in the United States, you will have plenty of reasons to hate Donald Trump.  But if you are a born-again Christian who watches the times and is sensitive to how the Lord works, you will know Trump is the best person “for such a time as this” (Esther 4:14). Will he win the next election? I believe so, if the Lord still has use for him.  It is nice to have a president who engages the people constantly in a dialogue whether you agree with him or not. 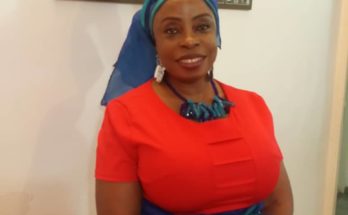