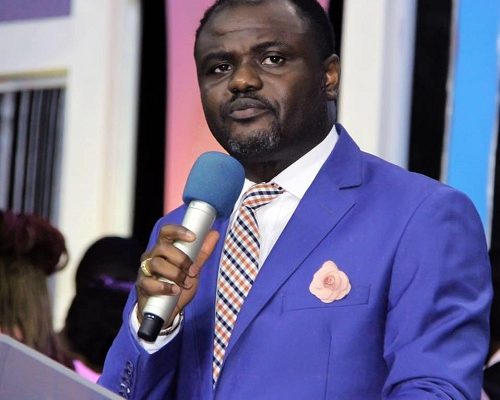 Abel Damina and his frankenstein monsters

For the time will come when they will not endure sound doctrine; but after their own lusts shall they heap to themselves teachers, having itching ears; And they shall turn away their ears from the truth, and shall be turned unto fables.

The large Christian community know little about Dr. Abel Damina. But he is popular in some circles and wields a lot of influence among some young people.

Damina has a large online following with many meeting places called campuses spread across the globe. He is the Senior Pastor of Uyo based Power City International Church and also the founder of Kingdom Life Network.

He has an interesting trajectory. He once preached prosperity to a fault line. He once confessed he could raise money from Satan when he was deep in the prosperity gospel. But he soon found the light according to him when he stumbled on Andrew Wommack’s books.

Those books were what according to him brought a dramatic change to his life. That was after several years of preaching material prosperity and fathom deliverance.

With this background it is normal to be happy for him and rejoice that at least one preacher has been saved from being a purveyor of the faulty gospel of material prosperity.

Recent developments however show that he may unwittingly be re-enacting the story of the Frankenstein monster. In a sense, he is breeding a growing audience of young followers who seem to have taken an oath to be eternally tied to him and who may bring ruin to his ministry if care is not taken.

Though, Frankenstein’s monster is a fictional character related to the mythological character Prometheus, who fashioned humans out of clay and gave them fire, what Damina is breeding, by the growing controversial online audience is not however fictional. It is fueling of tendencies embedded in doctrinal controversies.

Since his much celebrated change from the prosperity spell, Damina seems to have embraced yet another gospel which looks sweet to the ear; but when placed under scriptural binoculars is a harbinger of poison. This stems from his misinterpretation of the Canon of the Old Testament.

Anybody who follows his teachings cannot but see the characteristics way he ties scripture with scripture trying to wriggle people’s mind from age-long Bible tradition.

So listening to him, gives an impression that this man has done his homework and he is on a journey to rescue the entire Church from the pit of ignorance. But what is worrisome is that some of his messages stir off controversies that have no bearing with living out the truth of the gospel.

He started off questioning the abode of God. Where does God live? For the young mind craving to know more, that question seems intelligible. He is not satisfied with Jesus’ claim of ‘our father who art in heaven” and feels the believer must make it a duty to know where God lives in the particular. He believes that if God created heavens and the earth he could not possibly live in the heavens that he created.

Nice one you say. Then he goes on to tell his ever egregious followers in another message that a loving God can’t kill. It was interesting watching him quote scriptures after scriptures to buttress this point in some of his messages. He believes what happens in all the cases where God was alleged to have killed was that God withdrew his presence from those places.

So for him, the destruction of the first world, the killing of the firstborns of Egypt and several other documented killings in the Old Testament were not with the knowledge of God.

His listeners don’t hesitate to nod their heads in acquiesce; believing his verbiage. God does not kill is now a song on the lips of his ever boisterous online army. They are perhaps not intelligible enough to understand that even if his claims that God does not kill is true, what is the rationale behind God withdrawing his presence? Suffice to say that several Bible passages are to the contrary.

The dust over whether God kills or not was yet to settle when he brought out another revelation from his armoury. This time, he says Angels and Moses connived to write the Ten Commandment. He said emphatically in his May 1 message that Angels and Moses are not to be trusted. He believes God had no hand in the laws of Moses. According to him Moses dictated the laws to Angels who wrote them on a tablet of stones.

Yet, the army of people flocking around him are quick to pick up his message and have gone a step further to help amplify it.

The twist of the Damina theology now is that his followers have literally gone loose on the social media. Some are not deceived. They keep poking jokes in some of his teachings.

One said on the Damina Facebook Page, which was allegedly created without his knowledge that it was Satan who in fact sent angels to Mary to deliver the message about a coming saviour. They have gone a step further to make all kinds of derivatives from his May 1 message.

You only need to take a visit to his Facebook page to see how arguments reign on a daily basis. You mention sin, they tell you, don’t be sin conscious. You dare not talk about living holy. That is denigrating the work of grace.

But that seems to be just a dot in the problem Damina has created. He has built a cult followership. One of his online followers said nothing will take him from Damina and that he was ready to die with him.

You can abuse Moses and Angels. But anytime you attack his heretic teachings, his fans will come after you. Yet, Damina himself placed a disclaimer. He said in an online broadcast that he was not aware of the group. He said he was totally oblivious of the page which has been there for a couple of years.

The question is, why is he now placing a disclaimer on the page that has helped to spread his gospel and gathered a whole lot of people to him?

Indeed, his disclaimer is coming too late. He has created monsters of uninformed people mostly young people who don’t know their left from their right. Some of them perhaps don’t even understand his message and the context they are being rendered. They have helped not only to give the grace message another colouration but to try to redefine God from their human prism. How long this will take nobody knows.

The discerning public should however note that Abel Damina is not preaching any new gospel. He is only regurgitating what Marcion preached centuries ago. It is only a matter of time, this supposedly new found theology will fizzle away the way that of Marcion fizzled out. 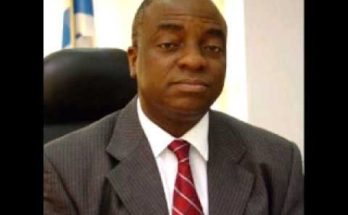 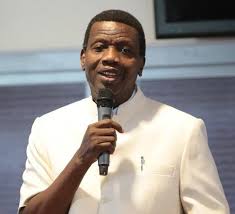 2 Comments on “The Church, Abel Damina and his Frankenstein monsters  ”