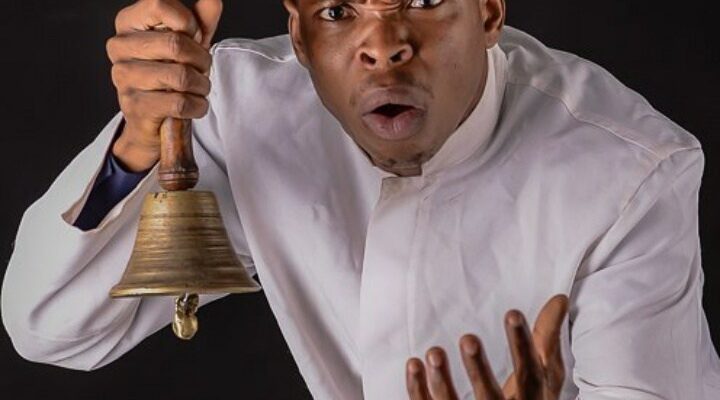 A musical artist and indigenous comedian, Ayobami Ajewole, popularly known as Woli Agba has recounted how he had to go ahead with a planned programme despite losing his baby the same day.

He shared the experience with BBC Yoruba News. He also explained that comedians have their “days of sorrow and pain too”.

On his experience, he said “a programme had already been planned tagged, Day out with Woli Agba. The hall was jammed with people. We were ready to go on stage and begin the show when I got a call that my attention was needed in the hospital. My wife had been pregnant and we were expecting our baby. I quickly ran to the hospital with excitement because I thought my wife was about to be delivered of the baby. I was saying to myself, what a wonderful coincidence;  my wife would put to bed the same day I was having a major show. I was thinking of how I would come back to the hall to share the good news. But I was wrong.

Woli Agba got the sad news

“I got to the hospital and the doctor invited me to his office. He broke the news that we lost the baby. I was devastated. But then, he told me I have to go into the room where my wife was and pretend nothing happened so that the news would not affect her. It was a painful thing to do. But then,  I summed courage. I walked out of the doctor’s office to the room my wife was.

“As soon as I got out of the office a lot of young people came around shouting woli agba. They didn’t know what I was going through. Some of the boys around were asking for money from me. I still gave them and pretended all was well,  got into the car, wound up so that nobody would see me. I wept bittlerly, came out of the car, and then went to see my wife in the room. The first thing she asked was, how is the baby, is the baby fine? I said yes with a smile,”

Ajewole who had acted various roles before he got settled with Woli Agba said he soon got calls from the hall where the performance was to hold. “They were putting pressure on me. They were waiting for me to come and perform. I had to quickly leave the place again.

I was handed the dead body

“The doctor gave me the dead baby unknown to my wife at that time. I put the baby in the car boot and drove to the hall where we were holding the programme. Nobody heard the incident from my mouth at the hall. I kept it to myself. That day I still performed to the admiration of the audience. Everybody went home rejoicing. But I was sad. I got back home to weep bitterly and to pray. I saw it as one of those things.”

The story has however changed for him. He said the Lord has since blessed him with another baby in lieu of the dead one. “When we had another baby that was when I was able to share the story. I invited people to that same hall and had a great performance and celebration.”

The comedian who would be celebrating 20 years of acting soon said, “many in the entertainment industry go through moments of pain and depression they can’t share with anybody. Yet they still have to do their job”

Born on November 20, 1982, Ajewole is best known for his gospel-related comedy which he performs using the Yoruba language.

He is the founder of the online church, Instagram Parish Ministry (IPM). it’s a satirical presentation of some vices common with pastors and churches members.

Ayo Ajewole was born in Ibadan but he hails from Ijeda, Oriade Local Government Area in Osun State. He is reputed to have over 3million followers on Instagram.