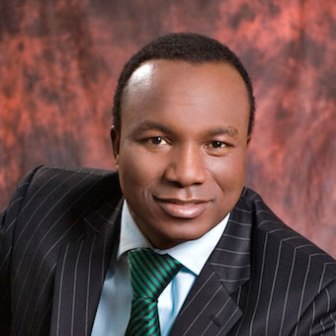 Why I will remain grateful to Adeboye, Wale Oke, Olaleye and other Nigerian pastors- Sunday Adelaja

Pastor of Embassy of the Blessed Kingdom of God for All Nations in Ukraine, Sunday Adelaja has said he would remain grateful and thankful to General Overseer of the Redeemed Christian Church of God, Pastor Enoch Adeboye,  Bishop Wale Oke, Bishop Abraham Olaleye and many Nigerian pastors who prayed for him and stood by him during his trying times in Ukraine.

This is in spite of his vitriolic attack on Pastor Adeboye and some Nigerian pastors on doctrinal issues.

Since 2016, Adelaja has been online attacking many Nigerian pastors describing their messages as another gospel.

He said his love for the church and the need to save the church from the errors being unleashed on them by some pastors necessitated the videos he produced to correct such errors.

But in a new video released on Monday February 10, Adelaja said Pastor Adeboye and a host of other Nigerian pastors prayed and supported him when his travail began in 2008 in Ukraine adding that he can’t forget the sacrifices they made for him.

He said there was no way he won’t be grateful to top Nigerian pastors because they stood by him during the dark days of his ministry.

Adelaja who was being interviewed in the video by Israel Balogun said Nigerian pastors prayed for him, stood by him and raised support to bail him out of the persecution he suffered in the hands of the Ukrainian government.

Adelaja said “at a point members of his church were controlling about 34 percent of the Parliament of Kiev in Ukraine and they felt a black man may pose danger to the country.”

The government then, according to him, were bent on frustrating him and getting rid of him. There were several allegations against him both on moral and financial issues bothering on a failed Ponzi scheme.

But the current goverment of Ukraine which came in last year August led by, Volodymyr Zelensky and the Prime Minister Oleksiy Honcharuk, according to Adelaja made it possible for him to breathe the air of freedom last year which gave him the opportunity to travel to Brazil for the first time after 11 years of his restriction to Ukraine.

He said “during those trying times, many pastors including the current Vice President of Nigeria, Prof. Yemi Osinbajo raised support and even formed a committee and got Femi Falana into the committee to fight for my freedom in Ukraine.”

Giving insight to what led to his choice of visit to Brazil he said a ministry in Brazil had insisted that he should come to Brazil to come and minister in that country. The ministry all along had been used to Myles Munroe while he was alive. But this time, one of the members of the ministry, a top business man read one of his books, Church Shift and got fascinated to him and wanted him to come to Brazil.

So to facilitate his coming to Brazil, He said the president of Brazil had to step into the case he was facing in Ukraine. They flew to Ukraine to make consultations with the government of Ukraine on how the cases could be resolved.

Before then, Adelaja said he was not too convinced that he would be allowed to travel. But with the intervention of the ministry who wanted him to come to Brazil he could now travel to anywhere in the world. But he has to come back to Ukraine whenever the cases come up in court. 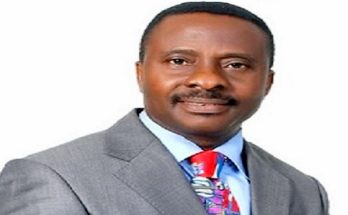 One Comment on “Why I will remain grateful to Adeboye, Wale Oke, Olaleye and other Nigerian pastors- Sunday Adelaja”