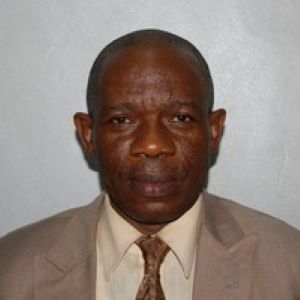 That Tuesday evening, April 20, The Provost of West Africa Theological Seminary, Pastor Oluwafemi Martins was in high spirit. Though he had worked all day and should be winding down, he was still at his desk trying to attend to some official matters.

This reporter had walked into the office on a flying visit but ended up being fed with news of the great strides in the seminary since he assumed office.

Indeed, WATS had come a long way. The institution which was founded in 1989 by Professor Gary Maxey, an American has gone through several vicissitudes.

WATS: From Owerri to Lagos

WATS has encountered valleys and hills in its journey of bringing theological education to pastors and church leaders in Nigeria.

Since it debuted on the Owerri, Imo State soil and then moved to Airport Road, Lagos before it finally berthed at Ipaja, Lagos its permanent site, the seminary has remained relentless.

It has continued to make a great impact; shaping the theological thoughts of church leaders and also impacting the Nigerian society.

But WATS under Pastor Martins seems to be unique. It was not long after he became provost that the institution had to go into seclusion; courtesy of the covid-19 pandemic. The school was not actively running for the most part of 2020.

The good news however is that despite the pandemic the school still continued to function at a reasonably good pace.  Pastor Martins announced gleefully to this reporter that salaries of staff of the school were still being paid during the lockdown while the school also embarked on some developmental projects.

He did not hesitate to take this reporter around the school announcing that in no distant time as God supplies the grace and resources, more structures will be put in the school.

Already, there is an ongoing project for dentistry, a pharmacy, laboratory, and an optical centre that will serve both the school and the Ipaja community.

Though the school has a modest clinic, the new project will take the clinic to a new level that will make it possible for it to offer comprehensive health care to people.

The new development in WATS no doubt is a testimony to the ingenuity of the school leadership.

Visit of the governing council

The WATS Community had on Wednesday, April 14, 2021, received the Governing Council delegation led by its Chairman, Pastor Dr. Emmanuel Oluwayemi.

The school benefitted from the generosity of the founder of Mountain of Fire and Miracles, Pastor Daniel Olukoya a couple of years ago. Olukoya had donated a massive hostel building to the school.

But one of the most exciting of the development on the WATS campus is the digital classrooms that have invariably made the campus globally relevant.

They can, from the comfort of their homes deliver lectures to students while students also don’t need to be present on campus. They only need to hook up to the platform.

The digital classroom is an enhanced lecture room that is way beyond many of the online meeting platforms. Both the student and the teacher have this common feel during lectures no matter where they are in the world.

Ten of such classrooms are in the school. The digital classrooms will save the school huge funds spent in bringing resource persons from other parts of the world to the school as they used to.

“We are now very much ready to play in the digital world,” Pastor Martins said, expressing hope that those desiring theological education will take advantage of this revolution.

The school runs undergraduate, graduate, and Doctor of Ministry programmes. At the last interface with the governing council, representatives of the Alumni Association and all the programmes run in the school were on the ground for the meeting. Two members of the Board of Trustee, Rev. Dr. B.C.K Obiakor attended in-person while Rev. Dr. Peter Maduka attended virtually.

The Chairman of the governing council, Dr. Olawayemi in his opening remark reportedly assured that there is a bright future for WATS.

He recounted that he had been “part of the WATS community in different capacities as a student, Vice Provost, Dean, Academic, Dean of students but this is the first time to be at the very peak as the Chairman Governing Council.”

Coming on board and considering the many challenges facing WATS, he realized there was the need for a retreat which all GC members agreed to. The retreat held between March 12 and 13, 2021.

At the retreat, WATS was able to come up with a document that would guide all stakeholders over the next 12 months on the way to achieve the WATS dream. He was said to have reiterated the need for a rebranding of the institution to fulfill her original vision.

Dr. Oluwayemi also proposed that the annual solemn assembly of the school billed for June 10, 2021, should be a time for healing and reconciliation in the school. He reportedly said, “this is imperative for us as God’s people, doing God’s business and heading towards the same heaven. The name of WATS must rise up again as the best Seminary in Africa.”

He challenged students, staff, and Alumni to be partners in progress as the current Council by revelation in the retreat received a mandate akin to that of the Biblical Nehemiah. He urged everyone to join with the council to build a WATS that will outlive everyone in this dispensation.

Dr. Lucy Newman according to reports made available to his reporter also made a presentation of the outcome of the Governing Council Retreat during the interface.

In the presentation, she gave an overview of the retreat process, output and implementation. The implementation plan was further broken down to phases with deadlines.

Most of the agitations and demands of the students and staff were said to have been captured in the 12-month plan for the school as noted by the Vice Chairman of the GC, Ven. Dr. Kelvin Tope-Tapere in his closing remarks.

The visit of the governing council which was tagged “A Historic Visit to the Seminary” seems to well be the beginning of something new in the seminary.

Pastor Martins told this reporter that the institution is set on the path of greatness.

“The success recorded so far is as a result of the foresightedness of the founder Prof. Gary Maxey. He has been so supportive and committed to the vision of the school.

“Since I came on board, he has given me all the necessary encouragement. I must also thank the governing council members for the great support I have received from them. They have been ingenious in their support for the institution.” he said

He expressed the hope that well-meaning Nigerians and indeed lovers of God will come and be part of the new development in the school. He also acknowledged the support of the founder of MFM, Dr. Olukoya.

“What Dr. Olukoya did for us is a demonstration of his heart for kingdom project. We are praying that God will raise more men and women who will take up the challenge of building for the Lord on the seminary ground. This is a seminary that was established to serve the Body of Christ. It is non-denominational.”

West Africa Theological Seminary (WATS) started in April 1989, when a group of Nigerian and expatriate Christian leaders met to consider the needs of the Church in Nigeria and in particular to determine how to provide sound theological training to as many pastors as possible. Led by Rev. Gary S. Maxey of the US, the group moved quickly to establish a strong, academically competent, non-denominational theological seminary, now known as WATS.

For its first twelve years, the seminary (first known as Wesley International Bible College, and later as Wesley International Theological Seminary) was located in Owerri, Imo State, in eastern Nigeria. In 2000 the governing Council voted to change the name of the institution to West Africa Theological Seminary (WATS).  In 2001, the seminary took a giant stride by relocating to Lagos, Nigeria’s commercial capital and the largest city in sub-Saharan Africa.

The growth of WATS has been significant since it first opened its doors,  and over the years more than 1,000 pastors and church leaders have been trained including over 200 missionaries sent into Africa, North America, Europe, and Asia. Because WATS is non-denominational, it has attracted students and ethnic groups from a broad spectrum of churches, language groups, and countries. At any given moment WATS usually has students from at least Thirty of Nigeria´s states, Over forty native languages, Ten or more other African countries, and over eighty different church groups 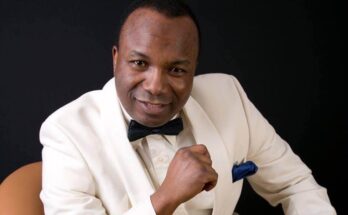 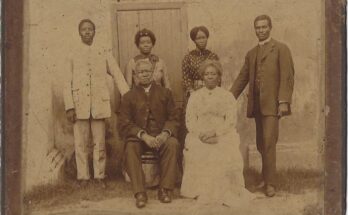 The real battle Yorubas should fight urgently by Sunday Adelaja