John 12:4-6 But Judas Iscariot, the disciple who would soon betray him, said, “That perfume was worth a year’s wages. It should have been sold and the money given to the poor.” Not that he cared for the poor–he was a thief, and since he was in charge of the disciples’ money, he often stole some for himself.

We are all thieves. But the one caught is a barawo. (Goes to Golgotha). In Yoruba parlance the cliché is as strong as that. That is one obscure truth. Many can’t escape if the Lord starts taking record of thieves.

But then, it’s easy to sit in judgment against others especially when our own secret sins have not come to the glare of the public. It’s quite easy to pontificate and draw blood when it comes to apportioning blame and identifying thieves. It is in the church where thieves punish thieves for stealing.

The truth is, there is something in the un-regenerated man that kicks at God’s commands. The unrefined mind can’t see. It is dark. It is obstinate and reasons from the back end. When the mind is not renewed it acts at variance to the precepts of God with disdain. So you ask: How come people steal with impunity in the church of God? Don’t these people fear God?

You ask because you think everybody in the church including the set man has a renewed mind. Apart from the faulty foundation many professing believers have, the average church person is daily fed with junks. The preacher comes up every Sunday to stir greed in his hearers. He says if you’re 40 and have not built your own house you’re a fool.  He says it is a curse to be poor. He tells his congregation of the numerous breakthroughs and how he has lived life to the full. He looks clean and polish before the flock. By the time he is through with the Sunday message the average person who listened to his sermon goes home thinking how he would make it.

Do you blame such member? The testimonies that Sunday were about how God brought people out of the miry clay. It was about how those who once trekked kilometers to church are now chauffeur-driven to church. So he looks at his wretched life and cries to God to step in.

Here is a man who has no qualification that will give him the desired leap. But he has been told and taught that with God nothing shall be impossible. But the context of the message is obscure to him. He believes even if he is so poor at his work and lacks the necessary skill, a prayer-answering God can catapult him to the Zenith of his organisation.

But when the miracles are not coming or perhaps when God is not moving according to his calculation; he moves the hand of God. He has heard several testimonies of how God beat protocol to bless people. So when it seems the blessings are not coming as expected, he simply decides to help himself with the till. He gets the blessing raw especially if he has access to the bag of money or where money flows.

He is the chief usher, he handles money. So, he can easily help himself with the offering. He is in charge of the welfare department of the Church. He can help himself with the money allocated to that unit. He is handling projects for the church. He sees the project as an opportunity to ‘hammer’. After all, he who works at the altar must eat at the altar. By the way, he reasons: This is God’s money let God come and complain that His money is missing.

Do you see the way thieves grow in the church? From the pulpit to the pew there are strong indications that the garments of many are soiled. Where are men of integrity?  Where are men who have the capacity to say no to filthy lucre? Where are men who can withstand the temptation of mammon?

That is why the recent revelation by Bishop David Oyedepo of the Living Faith Church a.k.a Winners’ Chapel should be a great concern to any discerning believer. Bishop Oyedepo confessed to workers of Winners Chapel recently that those who were supposed to catch thieves in his church were themselves thieves. He told the church workers not to be taken aback when they hear some people had been laid off from the church’s workforce. He was evidently referring to clear cases of high level theft in the church which had just been discovered. Yet, there are thousands of others still in the wings.

How do I know? Jesus had one thief among 12 disciples with all his anointing and power. How many thieves do you expect in a congregation of mortal man? If we go by Jesus’ experience we will be having about 4,166 thieves in the congregation of 50,000 people and that is on the basis of the Jesus’ anointing. But then we don’t have the Jesus’ anointing. We are still far behind in terms of auction and power. So that figure should double. So we may well be contending with about 8,232 thieves in a 50,000 member church.

You say it’s not possible? Hmmmmm you must be of all men most deceived. The rot in the church has not only become nauseating it has assumed a canonical status and the earlier this is dealt with the better for the church. But then how does the church tackle this menace from inside?

First the church system we operate is the very reason thieves are multiplying in the church by the day. We operate the same system like Nigeria where the centre (headquarters) has all the money and power. In a system where too much money is concentrated in a place, even those who don’t want to steal will be tempted to steal. The Church in Nigeria boasts of too much money. I mean the mega churches. That is where many escape to in-order to perpetuate their “thievery” There are thieves wearing cassock and thieves serving as officiating ministers in suits. There are thieves in blazing gowns and hats. So what do we do about the system? Dismantle it? That may not be feasible.

But then there is need for the church to become increasingly transparent. The reason why people find it easy to perpetuate crime in big churches is that there is too much secrecy in the system. There is secrecy about the amount of money entering the church purse. For once, the mega churches especially the Pentecostal churches should publish their accounts on a weekly basis. The orthodox churches do. And it has helped those churches to be a bit accountable. Let the whole world know how much enters the church coffers. By the end of the year, the church should then publish how every kobo was spent.

That will still not stop the thieves, but then it will reduce the menace. If the necessary measures are put in place, it will take a whole network of people to steal from the church because by then all eyes will be on what the church is earning and how the money is being spent. The rot in the big Pentecostal churches particularly, is embarrassingly humongous. For instance the people in charge of adhoc services in some of these mega churches short change people who render those services.

A sister who serves in one of the big churches once said to us that cleaners who are employed in her church are supposed to be paid X amount of money. But the man in charge cuts from the money and gives them far less than their due. She says in the same church contractors have to bribe their way to get contracts from the church by buying cars for those in charge of the contracts. She said some of those employed in the church businesses get jobs on the basis of making returns to their “helpers”

The truth is that stealing goes on a daily basis in our sanctuaries. It won’t be eradicated because there are human beings of different characters in our assemblies who are yet to encounter the saving grace and knowledge of Jesus. But it is dangerous to keep condoning thieves in the leadership of a Church. If those who are supposed to be examples of probity are themselves the thieves, then we are trouble.

Witchcraft on the pulpit and the rest of us: A fresh perspective 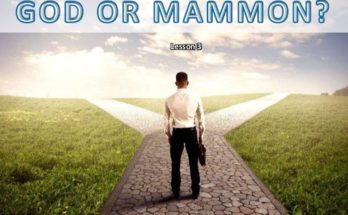