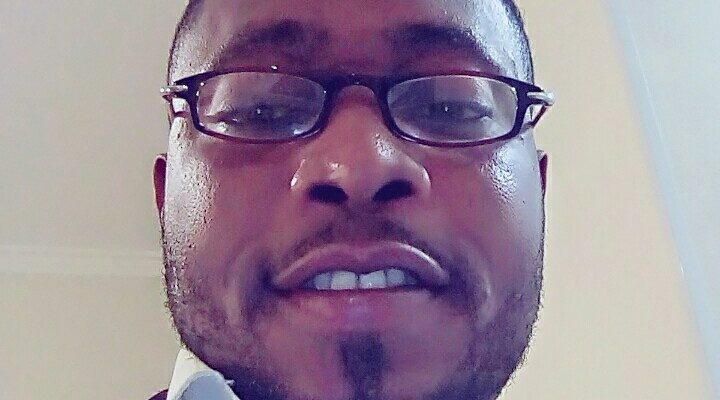 Sixth seal in Revelation and the coming cosmic disorder

Understanding the book of Revelation with Afolabi Dollars (11) 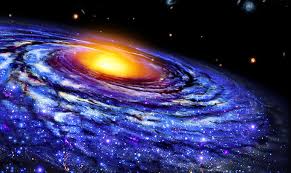 “And I beheld when he had opened the sixth seal, and, lo, there was a great earthquake; and the sun became black as sackcloth of hair, and the moon became as blood; and the stars of heaven fell unto the earth, even as a fig tree casts her untimely figs, when she is shaken of a mighty wind. And the heaven departed as a scroll when it is rolled together; and every mountain and island were moved out of their places”-(Rev.6:12-14).

For us to DECODE the opening of the 6th SEAL, we need to pay attention to the SIMILE used in some of the cosmic descriptions in this seal, and also to highlight the following SIGNS and wonders mentioned in this seal

2) The Sun becoming black AS/LIKE a sackcloth of hair.

4) The Stars of heaven falling on earth AS/LIKE a fig tree cast its UNTIMELY figs when shaken by a might wind.

5) The Heaven departing AS/LIKE a scroll when rolled together.

6) Every mountain and island moving out of their places.

Let’s begin with the cosmic disturbance that is seismically described; A GREAT/VIOLENT EARTHQUAKE. If we pay attention to this cosmic description, we’d see that it didn’t say “earthquakes”(plural), it emphatically says A VIOLENT EARTHQUAKE(singular), which means the 6th SEAL was SPECIFIC about a particular earthquake, not the several earthquakes the earth has been experiencing over the centuries.

The second cosmic disturbance we are looking at is the sun became BLACK/DARK AS or LIKE a sackcloth of hair. We need to understand that whenever we see the SIMILE “AS” or “LIKE” used especially in the Bible, we need to pay attention to what was said before the “as/like” and in comparison to what was said after the “as/like” in order to properly ensure the accuracy of understanding; for example, “the shirt Okiki is wearing is so white AS/LIKE snow”. The first thing to do here is to study the particular characteristic of SNOW as regarding its colour and then compare it the shirt Okiki is wearing in order to ascertain the degree/extent of the whiteness of his shirt!
So, the first thing I did in my study is to identify what a SACKCLOTH is in its characteristics in order to decode its SIMILITUDE with the sun becoming BLACK/DARK as used in this 6th seal; a SACKCLOTH is a coarsely woven fabric, usually made of GOAT’S HAIR. This is why it is more appropriately rendered in Hebrew as HAIRCLOTH.

Therefore, the sun becoming BLACK or DARK AS/LIKE the SACKCLOTH/HAIRCLOTH is not only referring to the degree/extent of the colour of blackness of the sun, it’s also a pointer that the sun would stop giving its light/shine, a periodic APOCALYPTIC ECLIPSE different from known eclipses of the sun, a pointer to how coarse, sorrowful, dark, and sobering the earth would be in the frequency of God’s judgements.

The third cosmic disturbance is seen in the moon become AS/LIKE BLOOD. Understanding figure of speech would make us decode that the seer is not saying that the moon would literally become blood, if you perfectly understand the picture I painted in explaining THE SUN BECOMING BLACK/DARK, it’s the same SIMILE at work here in the case of THE MOON BECOMING AS BLOOD.

All you need to do as I already said earlier, is to check out what comes before and after the SIMILE in order to decode what the seer is trying to say. Why is the MOON compared to BLOOD? What is the colour of blood? RED! This simply means would become RED in its colour, which actually means that the moon would not give her light, more like a periodic APOCALYPTIC ECLIPSE of the moon, different from known eclipses of the moon in MANkind’s history.

The Prophet Joel prophesied this saying about the great day of the LORD, when he also wrote of these celestial SIGNS

“The sun shall be turned into darkness, and the moon into blood, BEFORE THE GREAT AND THE TERRIBLE DAY OF THE LORD COME.” -(Joel 2:31).

Sixth seal: Stars and the heavens

The fourth cosmic disturbance we are checking out from the 6th seal are the STARS of heaven(SKY) falling unto the earth, even AS a fig tree sheds her UNTIMELY(unripe) figs, when she is shaken of a mighty wind.” (Rev. 6:13).

The Prophet Isaiah spoke of this stellar event in his prophecy

“All the host of heaven shall rot away, and the skies roll up like a scroll. All their host shall fall, as leaves fall from the vine, like leaves falling from the fig tree.”- Isa.34:4

Before we go into what this 4th cosmic disturbance represents symbolically, let me quickly recapitulate on the symbolic representations of the first three cosmic disturbances earlier discussed. The GREAT/VIOLENT EARTHQUAKE symbolically represents inevitable AGITATIONS and inescapable COMMOTIONS throughout the earth, The SUN BECOMING BLACK AS/LIKE the SACKCLOTH of hair symbolically represents the darkness, great sorrow, sobering/mourning, sadness, etc the earth would experience in the frequency of God’s judgement as I already established earlier,

The MOON BECOMING AS/LIKE BLOOD is not literal as I said earlier, it symbolically represents the distress and night conflicts the earth would experience. The STARS falling from HEAVEN, please we need to understand that “heaven” here is not referring to the throne room of God, but the SKY. All the cosmic disturbances described in this 6th seal actually happens between the 2nd heaven, the 1st heaven (the sky) and the Earth.

Literally, the SKY is like a crystalline EXPANSE spread out with the Stars attached to it as part of the fixed patterns of the ordinances of the heavens, stars could fall from the sky like a meteor shower if (3rd class condition) there’s a shaking in the firmaments.

If we cross-reference scriptures like Rev.8:10-11, Rev.9:1, Dan.8:10, etc, we’d decode that STARS symbolically represent princes and rulers, and if we connect this symbolic representation to what the great earthquake symbolically represents, it would mean that there would be great inescapable agitations and commotions which would unsettle princes and throw rulers in a state of disarray, bringing them down from their thrones – like stars falling from the sky.

Let’s quickly take a look at the phrase “even AS/LIKE a fig tree casts its UNTIMELY figs when shaken by a great/violent wind” This phrase properly denotes “winter-figs,” which are UNRIPE even at the proper season, but still hang upon the fig tree during the winter, but when the fig tree is shaken by a great/violent wind, these UNTIMELY/UNRIPE figs easily fall off from their places to the ground.

The point of the SIMILE “as/like” used in comparison between THE STARS FALLING FROM THE SKY and THE FIG TREE CASTING ITS UNTIMELY FIGS when shaken by a great wind is, the ease with which the stars would seem to fall meteorically from their places when the firmament is shaken, is the same ease with which princes and rulers would fall from their thrones by virtue of these violent agitations and commotions on earth.

I implore everyone reading this article including myself that we should not in any way become WINTER FIGS, Even Jesus Christ in His Olivet prophesies in Mtt.24 said “pray that your flight is not in the WINTER”; the WINTER period is a harsh period of intense COLD, in the “WINTER” period, the love of many who have made themselves WINTER FIGS would wax/grow COLD because the “WINTER” period is a period of increase in lawlessness, a period/time of persecution when truth and righteousness is so unpopular, many WINTER FIGS are shaken off of the tree when the great/violent WIND of adversity blows.

Since the word, “untimely,” here means that the figs were UNRIPE as I already established, it means that in the final crisis, many will take the easy way and deny their connection with THE TREE. This is our challenge to be RIPE or mature followers of Christ so we don’t get blown away by the great wind! 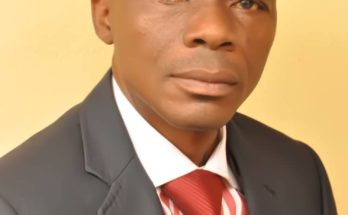 COVID-19: Exploring a “divine revolution” for the common good 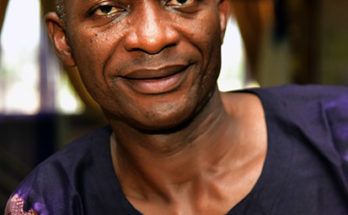 From lockdown to revival: Biblical examples and a call to today’s Church 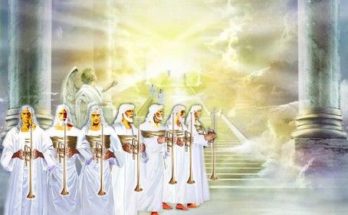 Seventh seal: The silence in heaven, the trumpet and angelic activities