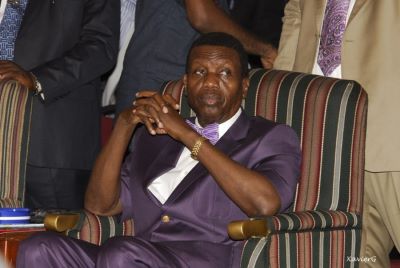 General Overseer of the Redeemed Christian Church of God, Pastor Enoch Adeboye who turned 79 today March 2 has given insight into how Christians can redeem the time even when they are far behind their destiny.

Adeboye who preached on Tuesday at the Solemn assembly at the Redemption Camp gave Bible instances of servants of God who missed their way but were restored back because they took certain steps noting however that when people fall into sin, it is often good to reflect on what could have caused it.

Citing the examples of David, Joshua and Solomon, Adeboye said their fall started long before it was manifest. He said David began to fall when he acquired more wives, while Joshua lost the battle against Ai because he relaxed after the battle with Jericho.

He, however, said anybody who falls has hope of being restored citing the example of Samson who had more victories at his death saying as recorded in the Bible, “there is hope for a living dog than a dead lion.”

Giving further insight into how to redeem the time, he said, “Before you begin to think of redeeming time find out when did you begin to slow down.  When last did you pray before going for ministration? Many years ago, I was praying in the camp, I was so weak I could not stand. That was 1984.

“Somebody came to me and was wondering what else do I want. That was 1984. We already had the biggest auditorium in Africa. But I could not afford to slow down because I was making some progress. You must ask, when did you start slowing down. Could it be that your focus has been diverted?

“Wise men came from the east to see Jesus. If the historians were right, they were said to have travelled for almost two years to see Jesus as they were being directed by the star. But when they arrived at Jerusalem, they went to the palace first. There focus was diverted? Are you now looking at colleagues who are driving fanciful cars and have beautiful houses forgetting what God has called you to do?”

He said “when David was confronted with his sin, he prayed, fasted and mourned and God said alright you can have a new beginning though he still paid for his sins. Solomon was born. In the case of Samson, his hair began to grow again. He did greater exploits than before”

He noted that many mainline churches relaxed and stopped doing crusades, prayer meetings and revival services that is why the Pentecostal churches caught up with them.

Adeboye who became General Overseer of the RCCG in 1981 said as at 1982 when he went to minister at the birthday of the then Alake of Egbaland, Oba Oyebade Lipede, the RCCG was not known.

“When I told the bishop of the Anglican Church where the programme was to hold that I came from RCCG he was wondering where the church was located. But today nobody can claim not to know RCCG.”

He said the secret is not to stop running. “Some Pentecostal churches no longer make altar calls, no longer hold crusades no revival meetings. That is why they are not making headway.”

Adeboye said further that, “You can catch up with those who have gone ahead of you if you don’t stop praying, fasting, preaching and doing what you used to do. We are talking of redeeming the time. Time never stops. The river is flowing steadily. If the people ahead of you are walking, you start running, if they are running you start flying that is how to catch up.”

Giving further tips he said the Christian can also increase seed sowing citing the example of a woman called Madam Douglas whom she said came to get permission to pay 20 per cent instead of 10 per cent tithe because she said she had wasted too much money in the past on frivolities.

Examples of speed in RCCG

He named several instances where speed have been recorded. “In this camp, there are houses that were built in 7 days. I can name two of these houses built in the 80s still standing strong. There are office blocks built in 18 days. There is a storey building built in 21 days”

He said the trick is that for you to catch up you have to double your efforts. “People look at what God has done for us today but the question you should ask is: How many hours do I sleep? How many days do I eat in a year? Be ready to get rid of slowing down factors. If you want to redeem lost time there can be no excess baggage. Pray without ceasing.”

He recalled that the first parish of the RCCG in the UK started in an Anglican Church building but with time the place was filled up and they were given quit notice. They got another Anglican Church to accommodate them before they moved away to their own properties.

He said, “in faraway Bangladesh, our pastor went out to talk with other pastors and they all agreed to come together to take the nation for Christ.”

Wisdom for the Young and old

He urged young people to take advantage of their strength adding also, “If you are old switch to wisdom because Job 32v7 says the multitude of years should teach wisdom. If you can’t do certain things by strength anymore do it by wisdom. A couple of years ago I went a-fishing. The roads were so bad that by halfway through the go-a-fishing I broke down completely. I was in bed for the first time in my life at Christmas.

“After that incident, do you want me to sleep during go-a fishing and see a lady bathing and end up like David? (laughter) I decided I won’t go by road anymore. I will go by air. I discussed with some of my children and they arranged for a helicopter. At the last go-a-fishing, I went to Okiti-pupa to Sapele-to Benin in a day. More than 4000 souls were saved that day. If you are old switch to wisdom, guide the young ones, tell them what to do if you are the one behind them whatever they achieve they will reach out to you.