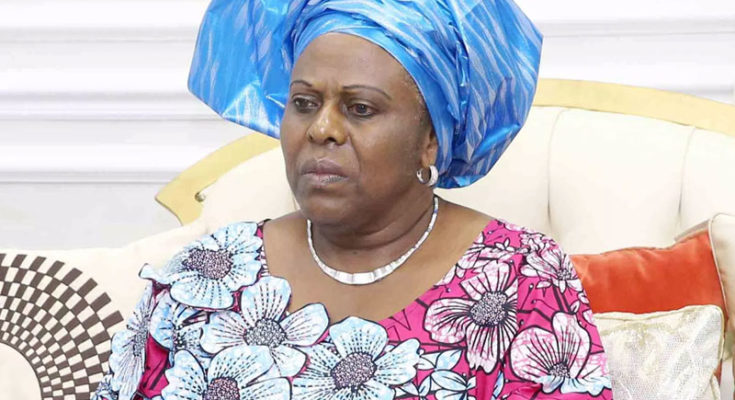 Women wing of CPFN/PFN Conference: Towards raising a godly nation

The conference, which held in Abeokuta, the Ogun state capital, from November 21 – 23, was the first of its kind by the organisation.

With the theme “Arise Woman”, taken from Bible passage Luke 13: 10-13, the conference featured Bible study, presentations, talks, exhortations, amongst other activities. It also focused on raising women who would be steadfast in the Lord who will in turn raise godly homes and nation.

Other programmes at the conference included praise and worship, questions and answers, health talks, intercessory prayers for families, church, the region and the country at large, among others.

In a goodwill message, wife of the Ogun State governor, Mrs. Bamidele Abiodun, commended the organisers of the conference, stating that their roles in nation building could not be overemphasized.

Mrs. Abiodun, a special guest of honour and mother of the day, who could not make it to the programme for the grand finale due to circumstances beyond her control. She however called in through her media aide who came with other protocols.

She expressed regrets following her inability to make it to the venue.

She prayed that God would continue to strengthen the association in expanding the gospel of Christ and in nation building.

The wife of the governor further expressed optimism that next year’s conference would be bigger and better.

Earlier in her welcome address, the Ogun State CPFN/PFN Women’s Wing Chairperson, Rev Mrs. Areola Banwo, thanked God for the conference, noting that the encounter the women had with God. would remain permanent. She said the the impact would be felt for good adding that their lives, their homes and the country at large would experience change.

“The conference will make us better wives, mothers and Christians in our different churches and environments, and this will extend to the lives of the children we are training.

The Ogun State CPFN/PFN Chairman, Pastor Rev. Kayode  Onakoya in his remark called for more participation of women in the affairs of the church and in the country.

“We want to raise children who are God fearing because what’s happening in recent time is alarming, especially the increase in social vices and immortality which are embarrassing to us as fathers.

“And to address this, our women and mothers have great work to do. And I believe that their coming together through this conference and with prayers, liberation will come and there will be a turnaround for good in Jesus name.”

In a Bible study teaching on the topic “By Faith Alone”, Rev Mrs. Adebola Daniel, who took her text from Hebrew 11:6, stressed the need for faith as prerequisite to receive things from God.

She identified four outlines to include what is faith, when can a situation be regarded as hard; causes of hard conditions and how to handle hard times.

She noted that lack of faith could lead to fear, limited scope, sudden death and other plans of the devil over the lives of Christians.

Her words, “Ask for the gift of faith. When faith is birthed, three things happen: no discouragement, no disappointment and no disgrace.

“We should stand firm in prayer and bear our burdens ourselves without necessarily depending on others, just as Jesus was not discouraged by the attitude of his disciples when praying at Gethesamane.”

She further charged the women not to “chicken out when challenges arise, but should call on God for support”, urging the women to be in one spirit and serve the Lord wholeheartedly.

In her presentation on Women and Warfare, Rev Mrs Adepele Adesina, who took her text from Jude 1:3, tasked the women on endowment of the Holy Ghost and Fire in order to be able to confront devices of the enemies, while condemning acts of ungodliness capable of distancing one from God.

She said: “Women are not excused from the battle or life, neither are they excluded from war targeted at human beings by our arch enemy, the devil and his cohorts.

Citing Matthew 11:12 she stated that warfare was needed for the following reasons because: “the adversary lurks around; there is Promised Land to possess and inhabitants must be removed; evil must not fall on the righteous; vision killers, stoppers and obstructers must be prevented and disallowed.”

While calling for truthfulness, holiness and peace with all men, Rev Mrs. Adesina tasked the women on God’s will over their homes, especially on their children, noting that they are God’s heritage.

She identified some women of war in the Bible to include Deborah, Abigail, Hannah, Esther, amongst others.

Speaking on Role of Women in Nation Building, Deaconess Adedayo Onakoya said women had significant roles to play in building a godly nation.

She maintained that women needed to rise and ask for their legal rights so as to jointly build the nation with their male counterpart.

“Building of a nation start from homes,” she said. “Every child is a nation, so in a family where you have for instance two or more children that’s a home with more than one nation about to be raised. Therefore the primary responsibility of raising good and godly nations rest on our shoulders as women, wives and mothers.

“We must endeavor as mothers to train our children in the way of the Lord so that they will give us peace. The Bible says ‘train up a child in the way he should go and when he is old he will not depart from it’. So that is our duty as parents and mothers,” Deaconess Onakoya stated.

She cautioned mothers to be wary of prophecies, stressing that many could be coming from fake and deceitful prophets who not just mislead but compound problems in homes.

She counseled mothers to take close observation on their children’s behaviours, as well as praying and training them in the way of the Lord.

She said: “Family Planning helps the woman to recover properly from the stress and pains of the previous pregnancy; aids plans for education of the children; and helps in aiding sexual harmony in marriage.”

The women were enjoined to take their health seriously in order to prevent sudden death and preventable illnesses.

This was even as equipment to check blood pressure was made available.

Highlight of the programme were recognitions and decorations of women who have distinguished themselves for their contributions towards the growth of the gospel.

Some of the awardees who spoke to Church Times expressed their gratitude to the organisers, promising to use the recognition to further expand the gospel in their respective places.

“This recognition came as a result of my contributions towards the work of God,” Mrs Taiwo Akintomide said.

“I thank God for the opportunity he’s giving me to serve him and I also want to thank the organisers for putting this together. My advice to mothers is to give more time to their children to look after them because today, many women don’t create enough time for their children.

“And they should instill the fear of God in them from cradle and closely monitor them and pray for them while also discipline them where necessary. By so doing we shall raise godly children and nations. And our women should rise in every area of their lives in truthfulness, diligence, faithfulness, and stay away from corruption and other vices so that Nigeria will be great.”

Also commenting, Bishop Dr. Rosecollett Haastrup, said: “we really thank God for the programme because the Bible says we should not forsake the gathering of the saints and if the Lord has caused this to be it means a force of unity is coming to be. And in this dispensation God is taking the women to take the gospel to different places.

While acknowledging supports from different individuals, the Chairperson expressed confidence that the next edition of the conference scheduled to hold in Lagos would be better.

She thanked the grand matron, Dr. Mrs. Olatokunbo Awolowo-Dosumu, for her contributions and other stakeholders, the CPFN/PFN leadership and the Christian Association of Nigeria (CAN) towards the success of the programme. 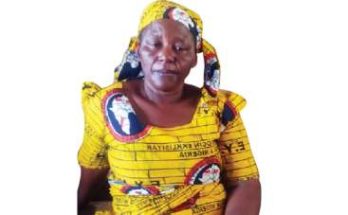 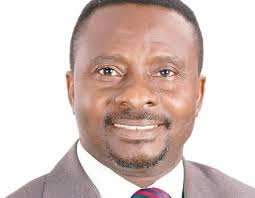