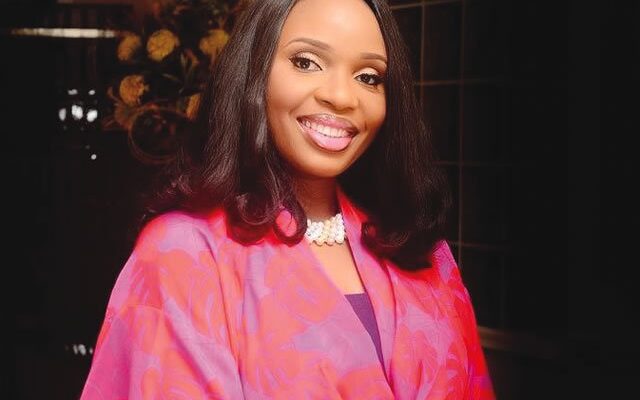 Nomthi Odukoya, the wife of Pastor Taiwo Odukoya, founder of the Founder of Fountain of Life Bible Church,  has passed on.

Pastor Odukoya took to his Instagram page on Tuesday, November 9 to announce her passing on.

He wrote,  With deep regret and gratitude to God, I have to announce the passing of my wife, Pastor Nomthi Odukoya. She battled cancer for the better part of two years. She stood on the Word of God, and she fought.

“She gave me 11 beautiful years of marriage and two wonderful boys, who I know will be very significant in life.
I loved her with all my heart, but who am I to fight with the will of God.

“The truth is, at one point in our lives, we all will have to say goodbye. So for now, till we meet again in glory, Goodbye Nomthi”

It will be recalled that Pastor Odukoya lost his first wife, Bimbo Odukoya in a Sosoliso Airlines Flight 1145, bound for Port Harcourt from Abuja on December 10, 2005.

He remarried in January 2010, to Nomthi a South African; whose maiden name is Rosemary Simangele Zulu at the Civic Centre in Lagos.

The late Nomthi had narrated how she met Pastor Odukoya in an interview. She said, “He came to minister at Triumphant Church International, London where I worshiped. I did not have my eyes on him, because like every other minister that had come before him, I saw him as a man of God.

“I found his message amazing and absorbing. I even bought one of his books – Home Affairs. After the conference, my pastor told me someone was interested in me. I declined because I was seeing someone then. The relationship eventually did not work out and I informed my pastor but not immediately.

“To cut the long story short, Pastor Taiwo had a stopover in London and that was the first time we met. Before then, my pastor had given him my telephone number and he had called me. When he proposed to me, I did not like the idea of getting married to a widower.

“I took my time, prayed about it and I became convinced it was what God wanted for me. Being married to him is amazing and it has brought out potentials I never knew I had. I don’t have to pray and say Lord help my husband go to church today. There is no struggle.”