Opelope Anointing: How I composed my hit song during time of my affliction

Dunni Olanrewaju popularly known as Opelope Anointing is a veteran gospel artiste spanning over two decades. She spoke with ISAAC DANIEL about what’s she has been up to and her experience in life and ministry over the years.

You are one of the veteran musicians that have remained in the frontline of the gospel music for quite a long time. What has been the secret?

The only secret basically is God’s grace and I appreciate Him for making me one of His vessels. It is a rare privilege and I thank God for how far He has brought me. This is a career that has become a calling. I feel this is how God has designed my life to be and I feel honoured with this grace and gift. It is not my making to remain in the frontline or relevant in this ministerial work. It can only be God. Personally, I am surprised for the grace I have enjoyed, because it is beyond my imagination. I feel one of the reasons I am still relevant in the industry is because of the fact that I am still doing what pleases God and my fans and I pray not to derail.

Your popular hit, Opelope Anointing, still remains in the minds of people despite your recent works. How did you feel about this?

It is the Lord’s doing. He knows everything right from the beginning and does things that pleases Him. He made the record and the year of its release was an unforgettable one for me. So, I feel grateful to Him. My life has never remained the same since my breakthrough. Opelope Anointing was not my first album, it is the seventh. I didn’t even have the premonition that it will be widely accepted, but God made it my breakthrough and an anthem to the people. This year will make it 19 years the album was produced and has recorded testimonies I cannot even remember.

At some point, I cannot explain how it overshadows all other works, because it seems as if that was the only album I have done all my life. I have a couple of other hits, but I don’t know why God made it a divine one. Some people even prefer to address me as Mama Opelope Anointing instead of my real name. In fact, it has become a brand for me to the glory of God. The brand has grown in leaps and bounds. In addition to the career, we now have Opelope Anointing Church, Opelope Anointing Private School, Opelope Anointing Multipurpose Cooperative, Opelope Anointing Foundation, Opelope Anointing Fans Club with over five branches across Oyo State and plans are in the pipeline to spread to more states as well as beyond the shores of the country.

You must have encountered many challenges in life before the turnaround. How were you able to overcome them?

Yes, that is part of reality of life. We have our ups and downs. But I cannot thank God enough, because He made my seventh album a game changer. I remember I was in my room feeling sad in February 2000. I was troubled about how I would get over the bad situation in my life; I cried for about two hours. Along the line, I heard the voice: “if not because of anointing, your life would have been miserable even more than this.” I stood up instantly wiped my tears and asked myself again, ‘my life must have got worse than this…?’ Several thoughts ran through my mind and suddenly, the first line of the song came in my mind and I divinely completed the song with happiness before noon of that same day. Three of my band members sang along with me in my living room and the rest is history. Though, it took me a while to go to the studio because I was worried if the work would not be hijacked, but I thank God that it eventually became a success. The album was launched on July 7, 2000 with a five-day revival conducted by gospel music icon, whom I hold in high esteem, Evangelist Bola Are and an engineer, Mr. J. O. Adenle Jnr and the entire members of CAC Oke Isegun, Isale Apata, Somolu, Lagos State.

What has been happening to your career lately?

Recently, I held the 19 years of Opelope Anointing. This event was so dear to me because I have also designed it to give back to my root. I don’t want to be an ingrate to my source; the foundation where my career started. I wanted the people of Ibadan to also be beneficiaries of their product. I wanted to extend my giving back initiative as a way of appreciation. The programme was unique, because aside the fact that people benefited from free healthcare services, drugs and supports to widows and underprivileged, colleagues and other notable clerics and fans joined to celebrate with me. Also, the Ibadan Chapter of the Opelope Anointing fans club was also inaugurated at CAC Oke Isegun, Ajibade, Ibadan, as part of the activities marking the anniversary alongside a five-day revival, which featured several clerics.

As a veteran gospel minister, are you satisfied with the state of the industry?

Not really. Things are getting worse. The piracy issue is making things worse and it is the pirated production that gets to the people most. The social media is another challenge, where you see your works on various platforms without your consent. The pathetic thing is that other people get credits of the artistes work on social media platforms. All these things are not encouraging. But we thank God for divine favour, otherwise we musicians would have gone bankrupt.

Would you say you are fulfilled in this career?

Yes of course, I am fulfilled in all areas of my life. I thank God for the grace I have enjoyed as one of the successful gospel artistes in the industry. I have achieved all I desire in life. But you know, we are humans and we would always wish for more. So far, I am contented and fulfilled as a successful gospel musician.

Despite the fact that you are one of the popular faces in the industry, why are you not active in the gospel music association?

Our main responsibility as gospel artistes is to discharge our core duties through our calling. All other things are secondary. The reason is best known to me and I would not like to discuss it in this interview, but I am working vigorously as a gospel artiste to execute the assignment God has sent me.

What has life taught you as a gospel musician?

Life has taught me to be careful and be watchful. I have also learnt the value of sustaining the qualities and beauty of being a composer and exercising the power of music as well as to fight the cause of the gospel. The Bible says: “we are not fighting with the physical body and flesh, but with the unseen authority…” I see the gift as a privilege; not that I am qualified, but through His grace.

I was born in Alabata village, Ibadan in Oyo State. I was taken to Saanu at three months old because my father was transferred to Saanu for missionary work as a catechist as we used to call them and he died when I was seven years old.

What is your advice to younger gospel musicians?

They have to be focused and steadfast in their calling irrespective of any challenges. They should always be spirit-filled and not allow temptation to overwhelm them. Gospel music is not just a mere career, it is also a spiritual profession. So, God’s directive is essential and they must always be ready to do His will. I also want to advise them not to run past their time and also believe that all things are possible with God

Music man Felix Duke: How God broke the yoke of fornication in my life 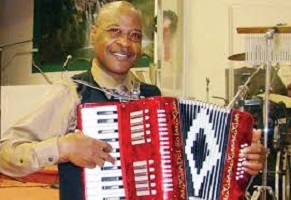 Sola Rotimi, Toun Soetan, Panam Percy Paul, Gbemi Olaleye others: What they are now up to 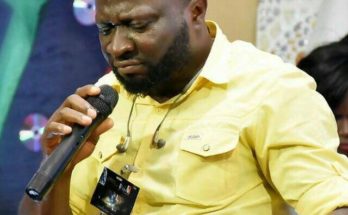