This interview was first published on August 16, 2011 in Church Times NIgeria. It is being reproduced because we lost the first website where it was published. 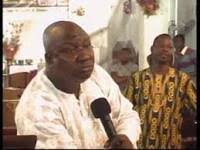 Pastor Yakubu Abraham has been in the face of many Christians in recent time. Several years ago, 1997 precisely, he had an accident during which God showed him a vision of heaven. But it took him about four years after the revelation to start sharing the experience. And this happened after God had warned him against keeping the experience to himself. In an extensive interview with Church Times’ GBENGA OSINAIKE he throws more light on the divine encounter.

(He shared this experience on May 27 2011 the day it was predicted by yet another prophet based in the US that the world would come to an end.)

How come you bear Yakubu Abraham, could it be that you changed your surname after your conversion?
I’m from Kogi State. But I was born in Ile-Ife. I was born to a Muslim home. My Muslim name was Liasu. I was baptized in Gospel Apostolic Church in Emure Ekiti. I was an apprentice learning panel beating and my boss used to attend Foursquare Gospel Church. He was the one that led me to Christ on August 12 1975.

You are a panel beater by training. That means you did not have much of formal education. How come you speak good English?
It happened that after I left learning my trade, because of my Christian experience, I went to so many Bible institutes including Samuel Bible Institute. It was my exposure to Bible schools and the grace of God upon my life that enhanced my ability to communicate well in English.

Some people in the past have had similar experiences of going to heaven and coming back to relate their experiences in Nigeria. There was a man called Emmanuel Eni, I’m sure you must have heard about him. Did you read about him before your own experience?

I have heard a few of such testimonies before I started sharing mine. I have read about Emmanuel Eni, I have heard about Moses Ezekiel too. But all these experiences have nothing to do with my own experience though they are similar in a way. 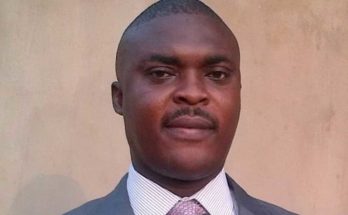