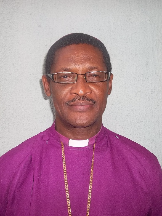 The House of Bishops of the Church of Nigeria Anglican Communion has elected The Most Rev Henry Chukwudum Ndukuba Primate of All Nigeria. He will take over from the Most Rev Nicholas Okoh who is due for retirement in March 2020

Until his election yesterday by the House of Bishops of the Church in Asaba on Tuesday September 24, Ndukuba was the Archbishop of  Jos which comprises of 10 dioceses. He was the pioneer Bishop of Gombe Diocese.

Ndubuka has an interesting story of experiencing ecclesiastical lifting in the month of September.  He hails from Anambra and was born in 1959. On September 21, 1999, he was consecrated the first Bishop of the Diocese of Gombe which was the 71st diocese of the Church of Nigeria.

At the St Paul’s Cathedral in Port Harcourt in Southern Nigeria‘s Rivers State on September 22 2017, the House of Bishops elected Henry Ndukuba, as the new Archbishop of Jos. He succeeded Benjamin Kwashi. In September 24 2019, the house of bishops elected him Primate of All Nigeria.

About two other bishops according to sources were nominated along with Archbishop Ndukuba for the election. They are The Most Revd. Joseph Akinfenwa and The Rt. Rev Bishop Prof. Dapo Asaju. But the election was in the favour of Ndukuba.

Meanwhile, the President of Nigeria, Mohammadu Buhari has congratulated Ndukuba on his election as the 5th Primate of All Nigeria.

In a statement signed by the president’s spokesman, Mr. Femi Adesina, the president also congratulated members of the Anglican Communion in Nigeria on the successful election of a new spiritual leader, “who will by the grace of God direct the affairs of the church in the next ten years.”

President Buhari in the statement appreciates the role of the Anglican Church in promoting interfaith dialogue, peace, stability, education and social welfare in the country.

On the new primate he notes, “With a long and distinguished vocation as a priest for 30 years, bishop for 20 years and archbishop for two years, the President counts on the Primate-elect, who is at present the Bishop of Gombe Diocese & Archbishop of Jos Province of the Anglican Communion, to continue in propagating the qualities that epitomises the ministry of Jesus Christ, who taught his followers love, compassion and humility.”

President Buhari also commends the outgoing Primate of the Church, His Grace, the Most Rev’d Nicholas Okoh, for his dedication, service and leadership, recounting the invaluable support this administration has received from the Church.

The President wishes Archbishop Ndukuba a successful tenure as he begins a new phase of ministry as the fifth Primate of the Church of Nigeria (Anglican Communion). 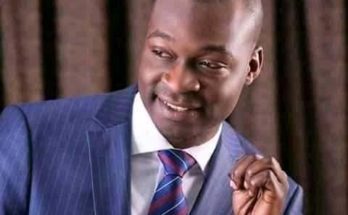