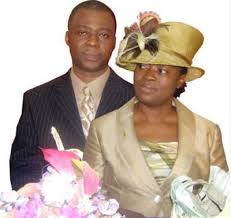 Mountain of fire and Miracles: Story of a 30 year-old spiritual war house

It was a small beginning. But it was a glorious one. What is known today as Mountain of Fire and Miracles started with just 25 people in July 1989 inside a living room in Lagos, Nigeria. Today the church has risen to become one of the largest churches in Africa with attendance of over 200,000 in single meetings.

The ministry is devoted to the revival of apostolic signs, Holy Ghost fireworks and the unlimited demonstration of the power of God with the sole purpose of setting people free from the captivity of the devil. The church also places a lot of premium on holiness within and without as a necessary criterion in man’s relationship with God.

According to the founder, Dr. D.K Olukoya, the revelation and prophecy of the Mountain Of Fire And Miracles Ministries came in 1977. Though it came in 1977, the church didn’t start until 1989, which was twelve years later.

Olukoya summoned a prayer meeting on a Wednesday in 1989. Twenty-five brethren showed up at the meeting. The venue of that meeting was Olukoyas’ living room.

After that meeting, he called for subsequent meetings.

With more and more people attending the prayer meetings, a larger location was required. The prayer meetings moved to 60, Old Yaba Road, Yaba, Lagos. Here, the crowd of believers grew necessitating yet another relocation.

The prayer group was offered an abandoned slum located at 13, Olasimbo Street, Onike, Yaba. It was a fairly large piece of land near the second gate of the University of Lagos. It has now been transformed into the International Headquarters of the Mountain of Fire and Miracles Ministries of which Olukoya is the General Overseer. The name “Mountain of Fire & Miracles Ministries” was revealed to Olukoya during normal prayer and the church had its first service on April 24, 1994.

At the new location, believers and those seeking help kept coming leading to a very large congregation. This situation posed a great challenge of crowd, growth and expansion management to the leadership of the church. Thus, MFM evolved a strategy of a network of branches in every state capital, local government headquarters, senatorial district and locality.

Following after the Biblical John (the Baptist), the MFM is “a do-it-yourself Gospel ministry where your hands are trained to wage war and your fingers to do battle, in prayers and supplication”. This militant tone is reflected throughout the teachings of MFM, where it calls upon members to become “aggressive Christians” Some of the groups founded by MFM such as the Prayer Warriors, “Territorial Intercessors and God’s Violent Army,” served as pointers to the standards of the church.

The ministry is well guided under the leadership of the General Overseer, Dr. D.K Olukoya alongside a crop of Assistant General Overseers, Regional Overseers among other members of the pastorate who are all answerable to the former in terms of administration.

Olukoya was born in Ondo State Nigeria on July 15 1957. His father was a police officer and his mother a trader. He was enrolled in St. Jude’s Primary school – Ebute Metta, Lagos. Olukoya also attended Methodist Boys’ High School, Lagos.

In 1976, he was offered admission into the University of Lagos (Unilag). He graduated from Unilag in 1980 with a First Class degree in microbiology. He then proceeded on a scholarship to the University of Reading, Reading, Berkshire, England, for his doctorate degree in molecular genetics, publishing over 70 scientific papers to his credit.

Married to Shade Olukoya, the clergyman was awarded an honorary doctorate degree during the University of Lagos 50th convocation ceremony held in April 2019. Olukoya and his wife, Shade Olukoya are blessed with a son named Elijah Toluwani.

The MFM has over time spread its tentacles around some other sub-ministries that have impacted many lives particularly the youths over the years. They include but not limited to the following:

The MFM gives more credence to sporting activities, which have produced crop of talents in the field of Football among host of others. The ministry has over time proven to be one of the most effective tools for personal development particularly raising vibrant youths to become better persons in different fields. For instance, the MFM Football Club is one of such viable tools used to discover young talents who have been making positive impacts to the development of global sport at large.

With a positive vibe, MFM school of Music has proven to be viable in terms of producing song writers, producers, singers, instrumentalists among other musical talents who have really blessed many lives with the plethora of soul lifting songs composed over the years. Through this platform, a band of singers popularly known as Olukoya’s  Shalom Chorale was declared BBC gospel competition award winner in 2018.

The School of Ministry

The MFM School of Ministry is the veritable platform for discipleship, mentorship and ministerial training of upcoming ministers on the organogram of the ministry. The school is usually run based on a given syllabus that get the students acquainted with the dynamics of ministry.

The MFM Women Foundation was officially inaugurated in September 2006 to empower women in all ramifications. The authority of the MFM strongly believe that women have role to play in the body of Christ because, God has specially endowed them for specific functions particularly at this end-time.

The Women Foundation is geared towards empowering all women with skills in their areas, in order to fulfill their family obligations, and becoming help mates to their husbands. Equally, they are spiritually strengthened through some workshops and prayer sessions organised by the women directorates.

The MFM Mountain Top University foundation was created as a tool to necessitate quality education for the youths, and this has helped the ministry to provide various scholarship schemes particularly the GO’s award for first class graduates who are members of the church across tertiary institutions in the globe. This has helped many youths to become role models in their various disciplines, and in turn, reducing the rate of miscreants in the society.

In summary, the MFM has gone through 30 years of uninterrupted dimensions of God’s grace, faithfulness and abundant breakthroughs in all facets of life in a space of three decades. Definitely, there is no gain without pain, no joy without sorrow, no peace without war. The MFM has surpassed all these raging storms through the leading of the Holy Spirit for time immemorial. The ministry has translated from that living room of yesterday to the prayer city of today where many souls are saved on daily basis.

Now that the ministry is 30, there is a huge expectation on the part of the members. It is believed that the journey so far is only a tip of the iceberg; as many things are yet to be unfolded. There is great expectation that the next phase of the church will mark the beginning of bountiful harvest to the body of Christ at large.