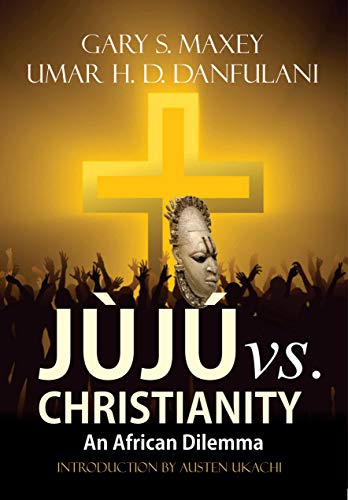 The book, Juju vs Christianity…An African Dilemma written by the duo of Gary Maxey and Umar Danfulani establishes the strength in traditional African beliefs but also its somewhat overshadowing negative effect on Christianity in Africa.

In the preface to the 221-page book, Gary Maxey who is also a co-author of Seduction of the Nigerian Church notes that the term juju originates from a French word, joujou which means a toy, or plaything. It is a pejorative term. But he goes on to opine that, it is the use of this pejorative descriptive term that has made it impossible for a proper appreciation of African beliefs and their far-reaching negative effect on the Christian faith.

To put the issues in perspective, the authors dig deeper; drawing largely from the Bible and a number of scholarly works to paint a somewhat gripping picture of the negative impact of traditional beliefs on the Church in Africa.

The authors establish in chapter one of the six-chapter book the richness of the African traditional belief system; pointing out how Africans value life and how they place a premium on the now and not on the hereafter.

They also establish that these beliefs have helped to enhance the life of Africans. Using excerpts from several other sources and authorities, the authors examine some patronising commentaries on Africa.

For instance, they note that several anthropologists were able to trace the origin of the human race to Africa and that the Old Testament bears a great semblance to the practices of the traditional belief systems.

They however quickly establish that despite the richness of these belief systems, they lack the merit for them to be preserved for the coming generation when viewed from the Bible point of view.

The Juju worldviews and others

The authors go a step further in chapter two to ponder on different worldviews. They place these world views side by side with the biblical worldview. They note that the African religion can be viewed from both the singular and plural perspectives. This is because there are common denominators in all the beliefs as well as peculiarities depending on their locality.

The authors however puncture this worldview pointing out that the Bible does not in any way condone the worship of any deity apart from God, the creator of the heavens and the earth.

The book also explores the secular and western worldviews. Here, we are presented with a worldview that questions the existence of God and at the same time believe that though God may exist, he has ceased interacting with humans. Man is thus seen as the ‘measure of all things and his measure and survival are the ultimate goals’

But as noted in the book, the worldview of the Bible places God above all. The book notes that God is a self-sufficient self-existent being. ‘He is the ultimate source of other powers in the universe…but he gives freedom along with power which means both demons and humans can use their power for wicked purpose within limits that is set by God himself’

The book examines the type of gospel brought by the missionaries to Africa in chapter three under the title receiving a truncated Christian gospel. Here, the book explains that the missionaries lacked a basic understanding of the African religious background. The result of such ignorance was that ‘everyone assumed that to be Christian was to be European and that no true civilisation could be had without both.’

The missionaries as noted in this chapter did not teach Africans the power in the blood of Jesus. This is important because Africans are largely power-conscious people. They opine that the missionaries ought to have looked beyond their disdain for the African belief systems and should have explored the good aspects of the African culture with a view to making Africans find God.

Chapter four seems the most exciting part of the book. Here the authors point out 10 major differences between ATR and the Bible. This chapter x-rays the grey areas and helps the reader make up his mind on where to align with. From the distinctions, one is able to identify areas where features of the African belief systems have influenced the Christian faith.

We are made to understand for instance that in ATR and indeed in other religions of the world, man is the one in perpetual search for God; while “the Bible is about God in search of humanity.”

The authors wrote, “the exaltation of the flesh is revealed when we place our confidence in the things of this earth in our own intelligence, talents, physical strength or beauty. Yet, all these things are highly perishable or lead us to despair. The secret to human success is to restore to God the glory that rightfully belongs to him. All power and all glory belong to God. He alone is worthy of our praise and worship.

Blessings and curses for enemies

The issue of blessing for enemies vis-a-vis cursing enemies is another strong dividing line between the Christian faith and ATR. The authors note that the Christian faith is the only religion in the world that, apart from preaching peace, goes further to “command us to actually love our enemies. That is an amazing demarcation between the teaching of the Bible and those of ATR.

The book also underscores the dividing line between the priesthood of the believer as espoused in the Bible and the reliance on intermediaries in ATR. The authors note that in ATR prayer is more of manipulation of powers than submission to God. This is a trait in the modern church.

How the church is vulnerable

Chapter five appreciates the great work done in many of the churches in Africa but laments the vulnerability of the churches to ATR practices. They note the many ways churches and indeed pastors have compromised the gospel. They explore the abuse of symbols noting that many pastors cross the line when they assume the symbolic items of oil, water, and handkerchief are containers of God’s power.

They then give a practical thesis on how to draw the line between the ATR and the Bible. The church according to the book must affirm the glory and sovereignty of God.  The Church must also balance confidence in Christ with an awareness of our human limitations.

They wrote, “Speaking on the temptation of self-focus and the deification of man, Scot Mcknight says that, “The story of sin in the Bible is the story of God’s elect wanting to be God-like instead of godly, of ruling instead of sub-ruling and being ruled.” Mcknight further notes that in this light, we can see that the essence of the fall of Adam and Eve is not only disobedience and original sin, but also the equally grievous sin-wanting to be like God”

The book highlights many other factors that can help the church create a healthy balance in the face of the overwhelming presence of the ATR. The Church according to them must honour God’s power rather than seeking power through physical objects. And it must come to the realisation that God is the source of all power and refuse to seek power from any other source.

The idea of using people as points of contact is one interesting borrowing from ATR as noted by the authors. They wrote, “an interesting corollary that we have seen in recent years is the unwitting borrowing of manipulative ATR power vocabulary in our Christian praying.

“We are nowadays in some churches urged to use a particular person or group of persons as a “point” of contact” to pray for another person or group of persons. What is not recognised or acknowledged is that this is not Bible terminology and is in fact borrowed straight out of ATR. We can assume that the person using such terminology is unaware of its origin and has no intention of deviating from scriptural Christianity. Yet, even if it is being done innocently it is a practice that is ill-advised.”

The book further punctures the practice of dominating our prayers with decreeing and commanding. Here the authors talk about emphasising the vertical rather than the horizontal in our prayers. By that they mean the Christian must focus more on God while praying than the surrounding demonic forces or activities. They also counsel that Christians should eschew materialism and place their hope on God.

The concluding chapter six comes across more like a homily on revival. Here the authors declare that the church in Africa needs revival for it to be able to play its strategic God-ordained role in global evangelism.

They lament that what has happened in the last 40 years of the church in Africa is “a gradual acceleration of ATR mentality. We have witnessed a championing and triumph of a type of self-centered religion that was frankly quite foreign to the previous generation.”

They aver, “We do not need the truncated gospel handed to us by many in the West. We need the complete gospel that includes a clear understanding of power in the blood of Jesus.

“Yet, neither do we need a gospel that has turned the blood of Jesus into one more fetish or talisman, or that encourages us to believe that oil in a bottle or anointed water or blessed mantles can be sprinkled or brandished all around to guarantee protection. Rather we need to get back to the core teachings of scripture in a way that is unadulterated by either theologies or syncretistic carry-overs from our past.”

Quoting Byang Kator the first African General Secretary of Association of Evangelicals of African and Madagascar, the authors wrote, “…The Bible is God’s written word addressed to Africans and to all people within their cultural background.”

The book is indeed breath-taking. It is not only a scholarly work; it is a classic on the inexplicable descent of the church in Africa with a corresponding thesis on how the church can be revived.

Written in simple but profound English, the book can comfortably be described as a liberating compendium for those who truly desire a Bible-based revival of the African church.

The book is available on amazon.com. 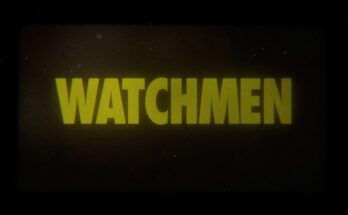 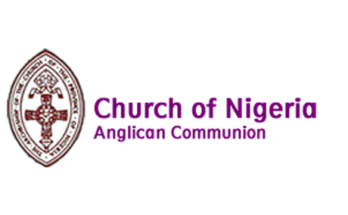 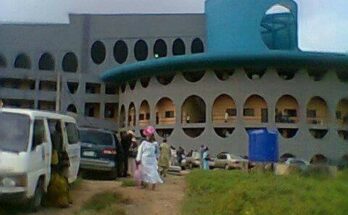