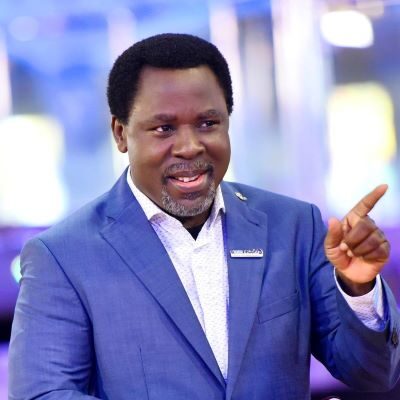 An Islamic cleric who gave his name as Alhaji Olorunseye from Abeokuta, Ogun state has related how he saw  TB Joshua in his dream before the news of his death

Oloruseye related the dream while at the Synagogue church to sign the condolence register for the Late Prophet.

He said he was a lover of Prophet Joshua, founder of Synagogue Church of All Nations, and also a fan of Emmanuel TV.

He then recalled that few days before the demise of prophet Joshua, he saw him in his dream ascending to the sky in the company of numerous angels.

He said he woke up from the dream wondering what the dream meant.

A few days later there was news that the prophet had passed on.

He said the news of his death was a big shock. ‘initially I thought it was a joke or fake news until it dawned on me that he had truly passed on. Indeed he was a servant of God. He exemplified the life of God.”

Find below the full video