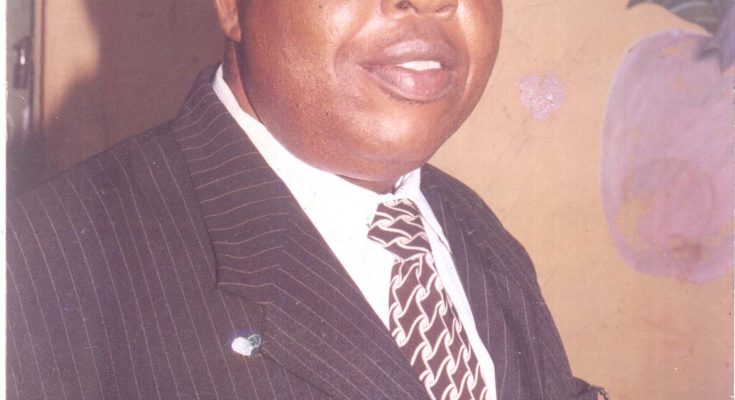 REV. DR. CHIDI NWOKORO IS THE SENIOR PASTOR OF CALVARY LIFE MISSION, ABA, ABIA STATE. HE WAS IN THE BIAFRIAN RED CROSS TEAM THAT LOST THE CIVIL WAR IN 1970. HE SPEAKS ON SALIENT ISSUES PERTAINING TO THE WAR, IN AN INTERVIEW WITH CHURCH TIMES” COLLINS NKWOCHA.

For how long have you been a pastor and what is your background like?

I have been a pastor for the past 40years. I hail from Umuneke, Ugiri in Isiala Mbaino L.G.A of Imo State, I am the second son of my father, I was born in 1950. The Lord has given me the divine enablement to be the first major convert in my community, I value integrity a lot in ministry. My people hold me in high esteem.

You want to tell us about your conversion story?

I was in the Red Cross of the Biafra Republic. When the war was over, we all returned home. That was January 1970. I was 20years by then. I trekked from Onitsha to my hometown. After some days at home a nephew of ours, came to the house and took me to Aba to stay with him.

He was a shoe designer. He taught me the trade while I was living with him. God apparently wanted me to leave the village because my father was against any church that was not Roman Catholic. Thus, following my nephew to Aba gave me access to other churches. Assemblies of God Church started coming after me. But it was the Bible Missionary Church that got me through Rev. Ezirim. I knew him in the Biafran Army. I never knew that he had become born again. I ran into him in Aba. He was elated to see me.

He actually came to see his uncle that lived in Aba, in the quest to win me for Christ, he moved into my apartment. One of my major problem then was that I was a chain smoker due to my constant interaction with the Biafran Army. I started smoking at the age of 15, on a particular day I wanted to buy cigarette and he decided to accompany me. As I moved out of the house, it started to rain. We took cover in a house.

Incidentally a lady who was a member of the church of Rev. Ezirim started talking to me about Christ in that house. She told me how much He loved and died for my sins I became sorry for my sins and surrendered my life to Christ. When the rain stopped, instead of going to buy the cigarette, I went back home. That was the beginning of my new life. I got born again and stopped smoking, when I got home, I had a temptation, a neigbour gave me a full packet of cigarette which I rejected it.

How then did you know you have a call of God upon your life?
I just love God and I have zeal and passion for His work. I attended a church service where the pastor said that those that have a call of God upon their lives should come out that he would like to pray for them. Some people came out; but I didn’t come out, though I was on fire for Christ. I was going about crusading and wining souls for Christ. He was stunned that I didn’t come out, he asked me why? I told him that I just love God, but I do not know if I was being called because God did not tell me anything. But one day I slept after reading the book: “join the Chariots”, I dreamt. In that dream I saw myself in a massive hall, we were all dressed in the same attire, there was someone amongst us that was looking odd from the others. He was not wearing the attire like everyone. The Lord of the occasion saw him and got angry for refusing to wear the correct attire everyone was wearing. He then ordered the huge security people who were guiding the occasion to throw him out. As he was being dragged out he was sobbing, wailing and shouting. His shout put fear into me and I woke up. And for the first time, the Lord spoke to me to go and save the soul that was cast out. That was exactly how I knew and became convinced I had a call.

Sir, the Igbo tribe have always cried of marginalization, do you subscribe to this?
Yes perfectly. I do. The Igbo tribe is being treated like outcast. How many Igbo people are occupying relevant political position in Nigeria? It is very pathetic that the Nigerian government has decided to treat the Igbo man with utmost disdain. Take a good look at the eastern road network, can you see any federal presence? Most of the roads you see today in the east have been constructed before the Civil war. Take a look at the presidency, when was the last time an Igbo man became the president of this country? Nobody is even talking about an Igbo man for presidency in the 2019 elections. The major attention and power is in the North, yet we are a major tribe in Nigeria. The provision of social amenities and other basic infrastructure is almost absent in the east, how many industries or federal government establishments can you see in the East? Anything you see in the East today, is the sole effort and struggle of the Igbo man.
Imo state, at present has one of the highest number of professors. What effort has the Federal Government made to consolidate and support the state in matters regarding education?
You witnessed the Civil war, you were in the Biafran Red cross team. Do you think that what led to the war was cogent enough?
Yes. Biafra did not just go into the war without series of conferences and negotiation. What Ojukwu was asking for were the things the Igbo man needed as one of the major tribes in Nigeria. He was not doing it for himself. He was doing it as someone that loved his people and wanted the very best for them. It was when all negotiation failed that the war became expedient. The Igbo’s did not just go into the war, they gave room for negotiation and people have every right to cry against injustice. There is nothing wrong for someone to say that he does not want to be part of an association or a nation again. The fact is that we cannot erase the memories of Biafra from people’s mind, especially those of us that were actually part of it. The Biafra war was simply a just one.
Do you think that Biafra will one day be a reality? Yes, it will. All the Igbos have to do is to be consistent with the Biafran struggle and push for it. People who feel that they do not want to be part of the nation called Nigeria anymore should be allowed to go. If someone is not pleased being with you, the person will not be happy being under you. The best thing is to let him go. Afterall the Nigerian government had engaged that Biafrans in a war. It is already above thirty years, they should let the Biafrans be hence the Biafrans can no longer within to be part of Nigeria.
How will you describe your forty years of ministry?
Well it has been wonderful; the Lord have really proved that he called me. His move and power in this ministry has really been awesome. He has saved a lot of souls and delivered a lot of people through this ministry. I see myself as a fulfilled man, serving the Lord. 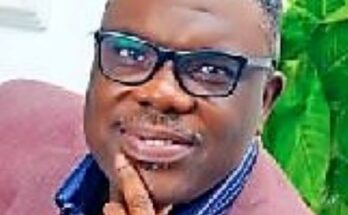 Why many Christians in Nigeria are gullible – Isaac Abiara, US-based son of Prophet Abiara

One Comment on “Igbos are being treated as outcast- Nwokoro, ex-Biafran”