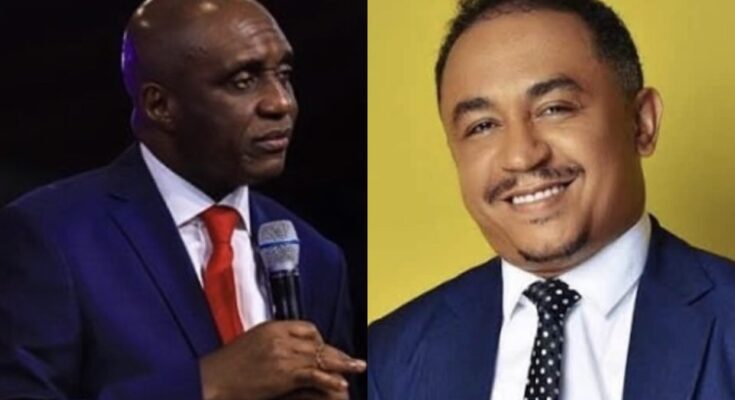 The last few days have been turbulent on the social media. People are taking sides and defending Ifedayo Olarinde a.k.a Daddy Freeze, leader of the Free the Sheep Movement.  Another party is rooting for Pastor David Ibiyeomie, Overseer of Salvation Ministry, Port-Harcourt.

The issue at stake is the recent outburst of Ibiyeomie caused by the alleged irritable comments of Daddy Freeze on Bishop David Oyedepo. Some church leaders who try to put the issue in perspectives have also gone overboard. Some argue that Freeze met his match in Pastor Ibiyeomie.

It’s amazing that Freeze who does not have a church whose instruments are only data and his mouth would rattle a man who leads a huge congregation of supposedly stable people.

There must be something wrong somewhere. That is the first point to note in this debacle. Its either the church has become so vulnerable that just anybody can throw it off balance or that it has lost focus completely.

It should bother us why a millionaire would be troubled by a poor man who lives in one-room apartment. That stands logic on its head.

But then it’s important to note that the likes of Daddy Freeze are a common feature across the globe. There is perhaps no preacher who has global appeal that don’t go through the crucible of naysayers.

Billy Graham, with all the respect that he mustered in the US and across the globe was maligned till his death by a few people who believed he was hypocritical.

There are people whose business it is, to pick hole in the messages of popular preachers. A simple goggle will show how many of the celebrated preachers in the US for example are being maligned on a daily basis.

For instance, Benny Hinn who seems to have some modicum of respect in Africa is not respected in some parts of the US. His own nephew granted interviews deploring his messages. This is a man who had lived with him for years. Somehow those criticisms made some impact in Hinn who has since modified some of his messages.

The point is that as long as we live and do exploit somebody somewhere will talk about us and malign us. It’s when we are not sure of ourselves that we become fidgety.

That is why the church need not bother about the barrage of criticisms it gets. The Christian faith is unlike other faiths. It’s not a cult. People are free to run their mouth and nobody haunts them. If the faith is nothing nobody talks about it.

But then to think that what led to this latest inferno was an innocuous message by Bishop David Oyedepo also gives one some kind of concern.

Oyedepo had preached a message on marriage on how wives should submit to their own husbands. Daddy Freeze who is unduly meddlesome in the affairs of pastors feels Oyedepo did not give the right perspective and drew  his attention to verse 21 of the same chapter 5 of Ephesians saying respect and submission should be mutual between the husband and wife.

But rather than tackle the issues raised with scriptures, Ibiyeomie in front of his congregation rained thunder and fire on Freeze. It has since turned to a rofoforo on the social media.

The issues are however far beyond these two people. It has thrown up some other things about the church. It has exposed the kind of Christians that are being groomed in many assemblies

Ibiyeomie had cursed the day Freeze was born in his outburst. In response the congregation shouted amen. That has led some to start justifying his action and reasoning that Christians can curse.

What is worrisome is an attempt by some to draw Jesus into the drama. Some believe Jesus cursed people when he was on earth.

It is believed he used woe and damnation on people. So, a man of God has a right to curse going by the example of Ibiyeomie?

While we may not need to go into the many scriptures that warn believers not to curse, it’s good we explain the use of the word woe by Jesus.

We need to understand the context of the use of woe. It is never a curse. it’s a declaration of an impending judgement. It’s like saying prison awaits a lawbreaker. The word woe also means alas from original Greek word. John the beloved used it declaring woe to the world in the book of Revelation.

Note also that Jesus did not use it for a particular person. He was addressing the Pharisees. He was addressing a people and not a person. When we preach, we declare woe on people. When a preacher says woe to those who forget God, he is not cursing them. He is only making a statement of their eternal reality.

Paul used woe for himself too…

For though I preach the gospel, I have nothing to glory of: for necessity is laid upon me; yea, woe is unto me, if I preach not the gospel! (1 Corinthians 9:16)

Does this now mean Paul was cursing himself?

It’s really not proper to tie Jesus to the pulpit arrogance of Pastor Ibiyeomie. He was clearly out of order. There are ways he could have addressed the issue and still make his point. It’s really unfortunate, that a Daddy Freeze could rattle him to the point of losing his cool.

And this is not holding brief for Freeze. By the way Freeze was already a drowning man. He is yet to survive from his romance with hushpuppy or whatever name he is called.

Some are beginning to see Freeze as some kind of frivolous person. Some of his followers are beginning to rethink because in fairness, Freeze in time past went beyond his boundaries in trying to x-ray the messages of some church leaders.

But for the foul language that he deploys each time he makes his broadcast; he seems to make some sense on some of the issues he raises.

His penchant for exegesis has driven many to start searching the scriptures. But he pollutes his message with his uncouth language. His last broadcast however did not deserve the peevish response of Ibiyeomie

Unfortunately, Ibiyeomie has only helped to prop Freeze’s CV. There is no place Jesus permitted us to curse. And to threaten to kill? By the way the judgement of man is not in our hands. It’s difficult to hazard what came over Ibiyeomie that Sunday September 6. But he did not represent Christ on that pulpit. 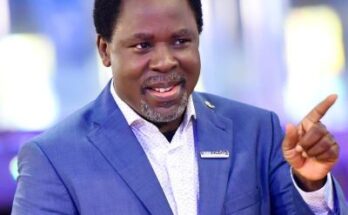 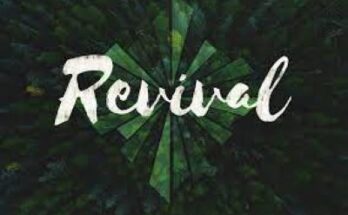 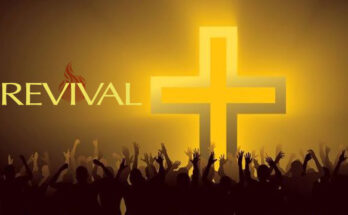 4 Comments on “Ibiyeomie, Daddy Freeze and the rest of the Church”