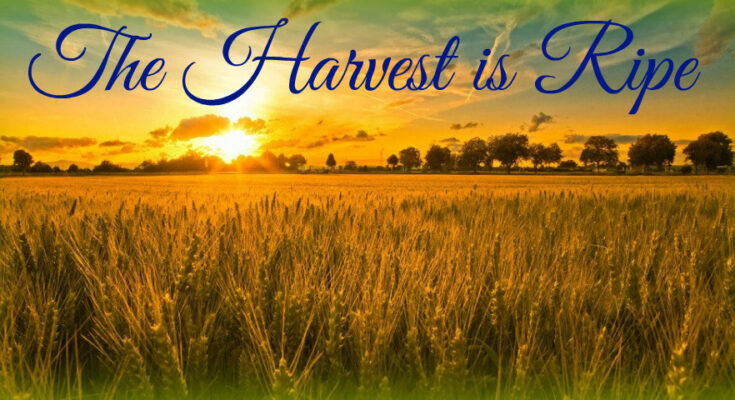 We cannot continue to concentrate on building monuments and expect a gospel movement.

AD 2020 is unarguably a year that everyone living would continue to remember. The reason is simple, what began as a Wuhan and China affair would become a global experience a few months after the localized outbreak. We had thought it was going to be another World War III with the initial tantrum exchange by the US and Iraq that greeted the year. Alas, it will permanently go down into history that COVID-19 altered the world in a year full of expectations.

The familiar words then surfaced in “lockdown,” “isolate,” “mask-up,” “physical distancing,” etc. For Nigeria, another occurrence that would go down into history is the October long eccentric protest popular known with the hashtag EndSars. What exactly is it with years with long expectations and eventual unforeseen interruptions?

The last date back to AD 2000, the global awareness and hyping that Year 2000 was renowned for did not give room for a doubt that every wrong was going to be right. A powerful prayer movement that began in 1996, an initiative of an erstwhile Head of State, built momentum and then the Lekki,98 Holy Ghost Service, among several initiatives, began to make the AD 2000 vision a reality. One of the immediate signals was the unexpected demise of Nigeria’s foremost dictator, General Sanni Abacha; and like a dream, the long-anticipated return to democracy happened eleven months after.

Like the Biblical Joseph, a few months back, Nigeria’s President in the Fourth Republic was in shackles in a maximum prison. So, Olusegun Obasanjo would have been the least expected person to come back to power. The return to democracy, depending on how we choose to evaluate it, was a significant shift. The usual tension accompanied with “Fellow Nigerians…” at least was rested. A new epoch has come!

So, these and other remarkable events strongly suggested that the Year 2000 would be very significant. On the other hand, there were abundant predictions of the world coming to an end by the same timing; many of them packaged with very dreadful descriptions. As a church boy, I recall with sharp flashback how people thronged into worship places on December 31st, 1999. The church, (used generically), was not caught unaware, several programs were already lined up ranging from the three days to those that lasted for the entire year.

But did AD 2000 meet up with the high expectation? In the mission’s circle, the amplified emphasis had been on finishing the task. The lofty challenge was to reach every unreached people with the Gospel and to plant the Church among them by AD 2000. The goal, well-articulated, read thus: “A church for every people and the Gospel for every person.” It added: “It is the goal of the AD 2000 & Beyond Movement, not only that the task is done, but that it be done by the end of the millennium (that is by December 31, 2000).”

To douse thoughts of its impossibility, the visioneers alluded to a similar vision by the Coca-Cola Corporation with the target of “A Coke in the hand of every person on earth by the year 2000.” Luis Bush, who conceived the idea of the 10-40 window and who was in the forefront of the AD 2000 movement further charged, “If such a goal can be credibly announced by the marketers of a soft drink, how can we shrink from reaching that same world, in the same time frame, with the saving Gospel of Jesus Christ?”

But Did We Meet Up?

Obviously no, if not, we would not be talking about over 3 billion people who are yet to be reached globally. To bring it nearer home, we would not be talking of over 55 million Nigerians who are still unreached with the gospel. There would have been no experience of terrorism and religious fundamentalism that took a new dimension from 2009 onwards. We would not have to deal with the ugly and recurrent experiences of banditry, kidnapping, and neologisms such as “unknown gunmen.”

Sadly, the waiting harvests continue to mutate such that it becomes more challenging to reap in the harvests. Religious touchiness often experienced in the north to resurgence and repackaging of African Traditional Religion as well as geometric increase in adherence to secularism and humanism top the list of the barriers to overcome. On the second layer, perhaps, is pervading lukewarmness, doing church but inhibiting biblical discipleship; so much concern for spread but ignoring depth! Hence, affirming Paul’s symptomatic description of the last day Ecclesia – holding the form of religion but denying the power of it.

Another year that was so much looked forward to has to be the year 2020. Could it be because it accommodated another palindrome on 02/02/2020 after the last one witnessed 909 years ago precisely on 11/11/1111? In fact, the Year 2020, was tagged as the Year of Vision. Late President Umaru Yar’Adua had launched Vision 2020, aimed at bringing Nigeria into the group of best global 20 economies by 2020. Contrarily, Nigeria sank to her worst recession, sitting comfortably at the top as the country with the largest rate of people living in extreme poverty.

And did the church meet up either? Not quite certain, perhaps due to the proliferation of churches and the attendant challenge of coming to terms with a singular focus. Nevertheless, the Nigerian Missions Movement under the umbrella of the Nigeria Evangelical Missions Association (NEMA), had in 2005, conceived a Vision 2020, though named Vision 5015. The idea of the vision is to play a crucial role in responding to the 10-40 window challenge.

Succinctly described, the 10-40 window is the rectangular area encompassing significant portions of Africa, the Middle East, and Asia approximately between 10 degrees north and 40 degrees north latitude. The window is distinct with features of housing 2/3 of the world’s population, of more than 4.4 billion people. 90% of the people living in the 10/40 window are unevangelised with millions never been privileged to hear the gospel for once. 85% of those living in the 10/40 window are the poorest of the world’s poor. It is also the stronghold of Islam, Buddhism, and Hinduism.

So, it was very strategic to have conceived the idea of the 10/40 window. In like manner, it is commendable of the Nigeria Missions Movement to have demonstrated foresight, commitment, and responsibility in coming up with Vision 5015.

As described by the Nigeria Evangelical Missions Association, Vision 5015 is targeted at mobilizing 50,000 Great Commissioners and thereby train, support and deploy 15,000 of them to 34 countries beginning from the Core North of Nigeria (the core North of Nigeria falls within the 10/40 window), the Sahel region stretching from Senegal to Eritrea, the North of Africa, Horn of Africa, the Middle East/Arabian Peninsula and Jerusalem neigbourhood.

This delineation and initiative take into cognizance the Back to Jerusalem commitment of the Chinese Church through the classical silk route, while the Nigerian church takes responsibility for the opposite route with the intention of meeting in Israel by the year 2020.

After 15 years of pursuing this vision, the Nigerian Missions Movement has reached 31 out of the 34 target countries and has deployed 4,000 missionaries to vision 5015 countries, which is just 26.60% of the 15,000-deployment target set. Of NEMA’s 150 member agencies, only 29 (that is 19.33%) have responded with active involvement in Vision 5015 countries.

Harvest: Looking ahead to the next 20 years

We definitively live in an era where to be visionless is to cease to exist and having a vision but failing to pursue it, is simply preparing to be inconsequential. A lot has happened since AD 2000 to date, we cannot but talk of the wonders of technology that has affected almost, if not, every of man’s life. I recall vividly that prior Year 2000, Automated Teller Machine was very rare in this part of the world. I am not aware of the availability of debit cards save for foreign ones.

Mobile phones were for the upper classes. The proliferation of social media platforms, which invariably provide several options of communication, did not happen until we came into the 2000s. And so, with the novel Covid-19 pandemic, man has learnt to leverage technology while working hard to invent new ones. Without needing to consult a seer, we expect more weird innovations in the years ahead.

But what does this say to the mission of the church? What is going to happen to the AD 2000 target which is now carried over? What is our response to Vision 5015 going forward? We cannot continue to concentrate on building monuments and expect a gospel movement.

The convincing truth is that extending the blessings of redemption to the unreached and least evangelized is a very do-able task. Within this decade, the Nigeria Evangelical Missions Association catalyzed the Nigerian church and missions’ agencies to ensure that there are no unengaged peoples in Nigeria.

By unengaged, we mean, no gospel worker among a people group. But it does not end there, there are currently 52 unreached people groups in Nigeria and we must seek the breakthrough of the gospel among them. To achieve this, intentionality is key, singular focus is next, every distraction in whatever costume, be it crowd chasing, asset pursuit, wealth gathering must be gotten rid of, nay, properly channelled to achieve God’s eternal purpose. There must be commitment to re-strategize.

The next era would not just mean thinking outside the box, rather, making a shift to thinking without the box, for the former is yet a limitation in itself. The reason is not far-fetched, the gospel is eternal, but we do not have eternity to proclaim and demonstrate it.

Adeoluwa Olanrewaju holds a Ph.D. in Intercultural Studies. He is keen on the integral mission, intercultural relations, and community-driven transformational development. He can be reached via oadeoluwafelix@gmail.com and on Twitter @AdeoluwaFelix. 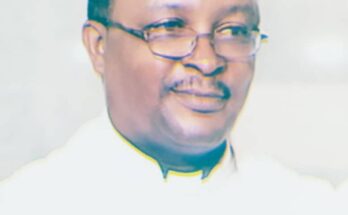 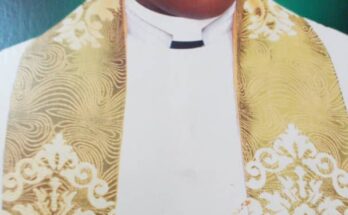