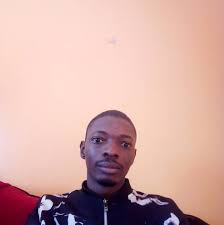 Solomon Akomolede, the young man that abandoned his medical studies to pursue his prophetic and healing ministry has published a series of vision as revealed to him by God. Kindly find below the prophetic delivery in his words.

This is the vision which God showed Saint Solomon Akomolede in the early hours of the 29th of June 2020.

In the early hours of this day around 5 am, God began speaking to me. And showing me some things like some moving pictures that we call vision. He began talking to me about some things that will happen shortly and that the church needs to be diligent in prayers and to prepare for the days ahead.

This vision is for the world and the body of Christ at large. I will start with the first as written down in my prophetic jotter as I came up from the vision. There is a coming advancement in the medical world. God showed me a coming innovation and advancement when it comes to tests. I saw medical practitioners doing blood tests without necessarily collecting blood samples.

The next set of visions might happen this decade. A new disease and spread of disease is coming but this is different from coronavirus. And it’s going to be spread by an insect. I was shown the insect in the vision. In the vision, I called it the flame bug. It has a yellow patch of colourations on its back..like yellow and black. This particular insect started biting people and causing infections. It began to lead to a spread of disease.

Those who know their God shall be strong and shall do exploits. Sons of God who know their God shall be immune to this disease and will be able to heal it. Then in the next vision, I saw that a great shift is going to come from Africa. Africa will be the new hope and saviour of the world. A great revolution that will reshape the world positively will come from Africa. Then this is the last vision. I saw rising waves of persecution against churches.

God told me I should tell people to prepare and pray. He said the persecution is going to be against religion. But people’s hearts will be so open to enlightenment and understanding of the Divine life in them. God told me this will work together for the good of those who preach and teach the true gospel of the kingdom. People will become so tired of just going to churches and they will want to explore the reality of the dwelling of God in them.

This will happen according to what God told me. And possibly in the space of the next three years. I was given a timeline for this one. God said His ministers should prepare in enlightenment with the teachings of God’s kingdom. And should stay far away from religion and manipulations. Those who practice such will become irrelevant in the coming days and years.

And people will start looking for those who have the real and lasting solutions of divine reality and enlightenment. This is the summary of what God showed me. Let the church pray and prepare!!!