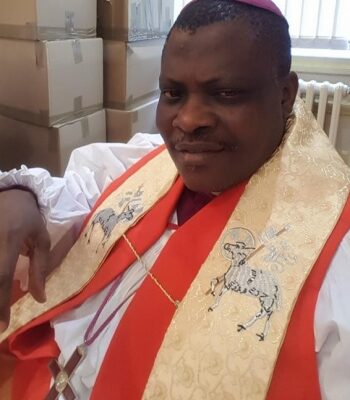 Chairman of Lagos Chapter of the Christian Association of Nigeria Bishop Stephen Adegbite has said he would continue to preach scriptural holiness and adhere to Jesus’ principle of the parable of the wheat and the chaff in dealing with pastors who are misrepresenting Jesus in the state.

He also stated emphatically that the association will not experience a leadership crisis again adding that measures have been put in place to forestall such.

Bishop Adegbite who succeeded Apostle Alex Bamgbola as Lagos CAN chairman last December made the submission during a meeting with the Christian Press Association of Nigeria a few weeks after his election.

He said his election was divine noting that the decision of CAN to rotate who becomes its chairman among the five blocs will forever put an end to leadership tussle in the association.

He said the new policy started with his election. “If you attended that election you will know it is God that made it possible for me to be chairman. It is true there had been issues in CAN, but I can say from my experience that things are changing. In Lagos, we said we don’t want to be fighting when it comes to elections. The immediate past chairman is a father to me.

“It was agreed that the CCN which I belong to would present the new chairman. It was also agreed at the national level that we will be rotating the chairmanship around the blocs of CAN. Initially, some kicked against this. But after much prayer and persuasion, we agreed to rotation. That is why I said we cannot have a leadership crisis again in CAN.

After the Christian Council of Nigeria completes its term, the next body that will present a candidate will be ECWA/TEKAN and then OAIC, then CCN, and then PFN/CPFN. That was what we agreed finally. There will never be a crisis about leadership in CAN again. It is written down and signed. We had to agree to some compromises to arrive at this.”

He said after his election he told members of CAN that he was no longer the chairman of CCN but the father of all.

“Sanity has returned to CAN. We will visit elders who have served before us because they know better than we do to draw wisdom from them. We will also work towards having a befitting secretariat by God’s grace,” he said.

He explained further that CAN will continue to pursue peace adding that erring members would be brought to order by the Chairman of each of the blocs.

On the image of the Church and how to control the excesses of some pastors, he said, “The church is complicated. If somebody says the Holy Spirit asked him to do something, you may not be able to dispute that. But then we need to test all spirits.

“I may not come out and say somebody’s approach is wrong. But we must use the approach of Jesus who counselled that we should let everybody grow together and that at the end the wheat will be separated from the chaff. We will continue to impress on them that the best way to survive in ministry is to move closer to God.”

He expressed concern why some pastors are attracted to occult powers recalling how God saved him from the world system. “In those days I recall how we used to live. But God was preparing me for a greater assignment in the kingdom.

“You don’t need to add anything to the word of God. You gain more when you apply the word that you have studied. So, the way to handle those people who are allegedly misrepresenting Jesus is to continue to preach scriptural holiness,” he said.

On covid-19, he said, “It is real. I have close friends that have been infected. But God has been good to us. Nigeria remains one of the countries with a low death rate. It is not our making. That is why we need to stay safe and keep ourselves clean. How many people can afford isolation centres? Before you are admitted, you are asked to deposit N10 million. How many people can afford that? That is why we need to follow the covid-19 protocol and stay safe.”

He said further, “Nigeria can’t afford another lockdown. So, we need to do everything possible to stay safe. Despite the pandemic and the endsars protests, Nigeria will survive. Nigeria is God’s project. It will never be an abandoned project. 2021 will be a glorious year. It will be a year of spiritual rejuvenation. God will heal our land. It will be well with the Body of Christ.”

He promised to cooperate with the Lagos State government in implementing pro-people policies. “We can’t afford to antagonise government for strategic reasons. There are things we may not agree with as per government policies but we need wisdom to handle such issues. But any policy that will be inimical to the growth of the common man on the street, we will stand against it vehemently and condemn it. But any action that is positive we will commend and encourage.” 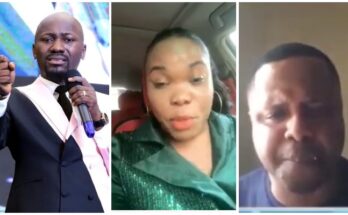 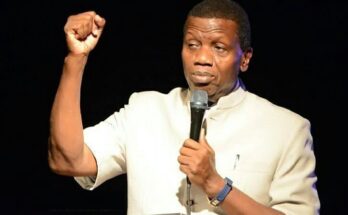 The initial mistake I made as RCCG General Overseer-Adeboye 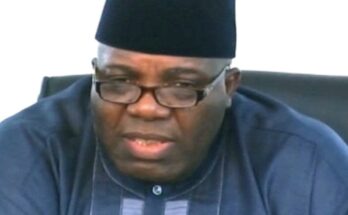 I am aware my son is gay, but it will end in praise- Dr. Doyin Okupe