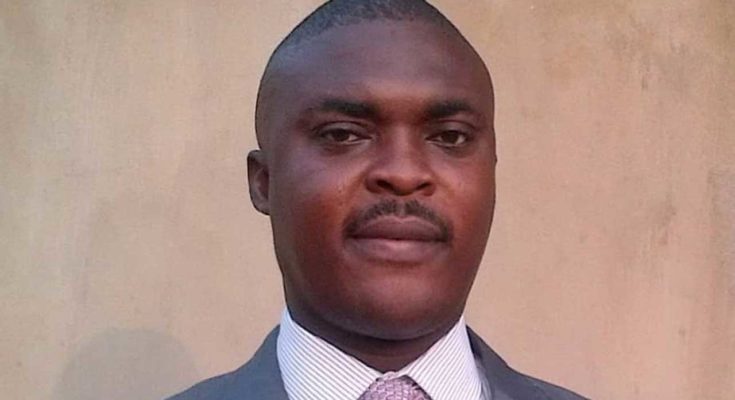 Endtime Church: Not about crowd. Its about discipleship

Pastor Gbenga Odubanjo is usually not given to too much talk. He is the coordinator of 11th Hour Ministry.  The Ministry’s sole aim is to remind believers  of the imminent return of Jesus and the need for believers to live the Christian life in truth and in spirit.

Years ago, God took him through a vision-like experience where he had series of divine encounters during which God told him many things about the second coming of Jesus. He wrote a mini book from the series of encounters and distributed it free of charge.

He runs a ministry where he tries not to put himself in the face of members of his church but rather, he allows members to develop spiritually at their own pace while he exposes them to the Bible.

In this interview with Church Times, he bares his mind on the global pandemic and the new phase of the church. Excerpts:

What is your position on covid-19? Is it from God, or man-made?

I never believed all these conspiracy theories before until God began to open my eyes to some reality that is starring us in the face.

I was meditating recently and the Lord opened my eyes and said to me that this thing called covid-19 is not from him. He made me understand that the virus as we all know emanated from China. But then, he said it is what had been planned many years ago and that China has a 20-year plan from now to take over the world.

It is no surprise that the Chinese government is planting itself in all nations and it has a vision to become the focal point of the world. The Chinese government is giving out loans that some African countries can’t pay back. They will eventually want to tie a bond that will ultimately make those countries to become subservient to them. The Chinese have a plan between now and 2045 to be the world super power. What we are experiencing is just a test run. Some Americans have been heavily compromised to cooperate with them. There are a lot of world powers that are with them. All what is happening is leading to one-world government. The 5g technology is not the cause of the sickness as being touted in some quarters but 5g on its only is to serve as a tool for the eventual one-world government.

Exactly what is the spiritual insight you got about this covid-19?

This corona virus is a test run like I said. Those who planned it did not know it will go this far. But then what the Lord told me is that they are planning a deadlier plague. The world should be prepared for a deadlier plague after the covid-19. All these things are taking us to one thing. They are signs of the end time. The WHO and UN are not working based on God’s agenda. Love outside the person of Christ is deception. We have to be on the alert, watch and pray.

Do you see the church coming out of lockdown soon?

We will come out of the lockdown but the true church will get stronger while the worldly ones will keep making more noise. What will differentiate the true from the false will be the glory of God. We will see the glory of God in places we don’t expect. There will be a separation between those who serve God and those who are serving their bellies.

You said two years ago that you saw the church going through a serious persecution. What exactly did you see?

I saw in that vision that government came up with laws to close small churches. Those that are not registered, those who don’t have landed property of their own were closed down.

But do you see that happening now?

It has already started. It has started in a way. Before the lockdown you must have read how some big churches were intimidating smaller churches and using money to oppress them by buying property they showed interest in but had no money to purchase. It has started, it will only get stronger. But there will be need of government assistance to perpetuate the persecution.  The next government coming is something we should pray about. A greater devil in government is ahead. I said in 2010 that we should not expect peace as the years go by. More challenges like we are have will continue.

What then should the church do?

The end time church is a discipleship church. It is not about gathering multitude in one place so that whether you are there or not the church is going on. We teach our members how to pray and how to hold to the word. The word of God is God. We are just privileged messengers. We introduce people to Jesus and allow them develop at their own pace while giving them some guidance not turn ourselves to their God. I may not be around but the church should be moving. It is dangerous for me to behave in a way that makes the people begin to have faith in me. But the faith of the people should be in God and that means if the leader is not around the church will continue.

What practical thing do you do to achieve this?

What we do is to introduce the people to the word. There was a branch we opened recently. I have only been there to minister to them three times. What we did is to preach to the people and leave them with the word. The new congregation grow naturally because we have introduced them to Jesus. The members are the ones who now thirst for the word and search for the word by themselves. With time they grow on their own. The church is not about miracles, signs and wonders. Though those things happen. But they are not what drive the church. The truth is that people don’t need pastors to get a miracle. Miracles can happen any time any day anywhere.

Unfortunately many of our churches today is always about the set man. People have lost focus of the Holy Spirit. People want their faces to be seen. That is why even in the lockdown many pastors feel pressured to show their faces on Facebook. Personally, I do not see the reason in the appearance on Facebook if we have done proper discipleship work on our members. Going on Facebook should perhaps be because we want to reach a larger audience not to reach our members. But then many just have this compelling urge to go on Facebook when in actual fact they have a lot of work to do in their surroundings among people who don’t even have access to the internet.

Are you saying the Facebook is not so critical to evangelism?

I think the question should be if there is no Facebook does that mean we won’t do evangelism. What we are saying, by tying evangelism to Facebook is that if there is no Facebook our churches won’t function again. I think we are misplacing the use of the social media in our evangelism mandate. The social media is a plus not the primary place to go. There are many people who don’t even have access to social media, who can’t even afford the kind of phone that we do our broadcast. What happens to those people? We need to go to the grassroots and do proper discipleship and training of people around us. Many of the people we are expected to reach are not on Facebook. While the Facebook is good, we should not despise the work in our neighborhoods and in the grassroots.

But then it is believed that with Facebook you reach more people?

You’re right. You can’t dispute that. But proper discipleship has to be done without the distraction of Facebook. The WhatsApp platform is more personal and direct. In Jesus’ days there was no Facebook, yet he made great impact. Jesus spent three days teaching the word in Samaria. It was the word he left them with that transformed them. The story is told in John 4 how he preached to a woman. The woman went to town to tell others. The people believed what she said but came to hear from Jesus himself. And they said, “We have heard from him and we are now convinced that this is the son of the living God.”

It was the apostles that came back to check the church in that place years later. There was nobody showing the face of Jesus. We should not build the faith in Jesus on our faces. We must take the gospel beyond the level of our person and image. The point I am making is that one-to-one evangelism is critical in these last days.

But how have you been running your church in this lockdown?

In this lockdown we have been able to study two books of the Bible using whatsApp. If not for lockdown we could not have achieved that. We were not seeing ourselves but we were doing fellowship. There is nothing wrong in showing our face. Maybe once in a while we want to show our face. But the emphasis should not be about us but about the word that is being preached. We must put the face of the word of God before the people we are reaching. Unfortunately today’s Christianity is not based on the word. It is often centred round the pastor. This should not be. The lockdown is a time for us to grow our members. But beyond that we should think more of discipleship programmes where members are well trained so they could stand on their own.