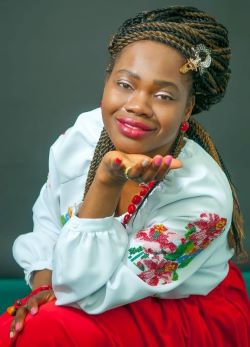 Bose, wife of Pastor Sunday Adelaja; founder and Senior Pastor of the Embassy of the Blessed Kingdom of God for All Nations, an evangelical–charismatic megachurch  in Kyiv, Ukraine is a mechanical engineer by training, also a pastor and Psychologist.

She was one of those who had the best WAEC results back then in Osun State which earned her a federal government scholarship to study in the old Soviet Union during which she met her husband. Her father is from Oyan and her mother from Ile-Ife.

She was however born and raised in Lagos, Lagos state where she had her primary education at Yaba Model Primary School. She later attended St Mary’s Grammar school, Iwo and Ilesha Grammar School, Ilesha, both in Osun state.

In this online interview with Church Times, Bose who is obviously an introvert and also taciturn bares her mind on her life and journey with Pastor Adelaja, Nigerian born Ukrainian pastor who leads one of the largest Church in Europe.  Below are excerpts:

Your husband became born again six months before he travelled to Ukraine. You went to Ukraine years later. What was your own experience of salvation?

I was “born again” before I was born. I was born into a Christian home to Christian parents. But I got consciously born again at the age of 12 at a SU (Scripture Union) Movement’s rally in Iwo, Osun state.

I’m just imagining how life was in your early years in Ukraine, given the communist challenge in that part of the world. What was it like living in a communist country and preaching the gospel?

I came to the Soviet Union during the Perestroika when a change of regime led to the fall of the Soviet Union. The fall happened in August and I came in September. So, I met the fading of communism and the formation of democracies in the former Soviet states. I saw the rising of the church because there were no charismatic churches when I came, apart from university students’ fellowships formed at the hostels. The Baptist and Pentecostal churches were very conservative in those days. It is an honor to see the transformation of former Soviet states in different spheres, including religion.

How and when did you meet your husband. What was that thing in him that made you say yes to him?

I first saw pastor Sunday in the summer of 1992 at a Christian Conference. The atmosphere at the conference was very good. It was unique to see a lot of Christian black people from different parts of the former Soviet states with some Russians. Later, I saw Pastor Sunday a few more times that year in different hostels in Moscow during my summer holiday. I saw him again at the annual conference in the summer of 1993, and that was where we exchanged contacts and started talking on the phone, which eventually led to our union.

His people-oriented personality, caring attitude, and inner confirmation that he is the will of God for me made me say yes to him.

Your marriage is well over 20 years. What has been the secret? I’m asking because of the kind of man you’re married to. He is the talking type and the outgoing type. You seem to be more reserved.

I am satisfactorily reserved, more of an introvert, but I talk when I need to! Yes, by God’s grace, we will be celebrating our 27 years together as a married couple this year. In the early years, Pastor Sunday worked hard on the relationship and on creating a Christian home. After many years, I caught up with him and we are now both equally building our relationships. Being practical Christians, knowing the purpose of marriage, having good communication skills, being kind to each other help to become better people. This personal growth helps to keep the marriage. Over the years, we have both understood the purpose of marriage better, we give each other their space and we are enjoying the gift of marriage.

It’s amazing that you studied mechanical engineering. Did you practice? If not, why did you not practice?

I did not practice my production engineering skills in a factory setting but I use the main principles of the profession in my life and ministry. I did not practice because there were close to no opportunities for foreigners in Ukraine to work in that field then.

The church seems to have lost many professionals to the pulpit. Many believers who should be helping out in worldly industries are working as full-time pastors. Is this not denying us the global impact we boast of?

I will not say the church has lost many professionals to pastoring, considering the pastoral model of great churches like The Redeemed Christian Church, Deeper Life ministries, etc. I think most of the pastors are professionals in their fields and still pastoring. I count this as a unique phenomenon. The area of improvement I will suggest is that these two areas should mix better. I think professionals should integrate their skills into the ministry and vice versa, where applicable. This way, we will have a more practical and progressive influence of Christians everywhere.

Your husband has been rattled with all kinds of scandals and allegations. How do you react to this?

My husband is a public figure and is often subject to criticism, despite his actions. Some of his actions can cause the eruption of strong opinions and emotions, but those who are close to him understand his intentions. He is a man of great dreams and risks, always trying to please God and still vulnerable to common humanity. He is not always right but is always up for a debate. I pray his dreams come true.

Your husband is a public figure with so many ladies around him. Do you really feel threatened by these ladies?

No. It is one thing to be threatened and another thing to feel threatened. Unfortunately, in most religious settings, the opposite sex, and women, in particular, are seen as evil, threats,s, etc. I am a woman and I detest such bias toward us. Women have the potential for great things. I guess you asked this question out of a concern about sexual inappropriateness, infidelity, etc. Such things happened when proper personal and ministerial boundaries are not observed. I consider it a weakness and an abuse of trust on the part of a spouse to make his partner threatened by other women or men.

How do you help protect him from people taking advantage of him? What are your experiences in this area?

This is an interesting question because, by the Book, men are the protectors of their families. However, I think I understand your question. We all have weak traits that require the help of others, who are stronger than us in that area, to perform better.

So, in this sense, we talk a lot about existing or possible troubleshooters in this area of our life and marriage. Nevertheless, my husband is an adult man and fully responsible for his decisions. I give advice and make suggestions but the ball is always in his court and the case is the same for me. We are two responsible people with nobody to blame for our mistakes. He is different from me and I think every “negative” experience teaches us and prepares us for the tasks ahead of us.

You wrote that you’re fully aware that “tribulation awaits the believer” in your 48th birthday speech. What has been your own challenge? What was the greatest temptation that ever occurred to you and how did you overcome it?

You do not need to be a believer to have hardships. Life is full of them and everybody will have their share. As Christians, we are saved from some hardships, thanks to our lifestyle. However, we are prone to others due to the Christian principles we uphold, that the unbelievers do not experience. I am vulnerable to all human temptations (none is lower or higher than another) and I overcome them by the knowledge of the word of God, understanding of God, and by the power of God.

You must be a woman determined to keep her home. What counsel do you have for women who are married to men who are public figures?

I do not believe that only wives should bear the burden of keeping the home. Marriage is a joint venture and I think that husbands are equally concerned about having good homes. Spouses should equally work together to keep the home. Women are no longer solely the latter; the time of man’s emancipation is fading out. We need both spouses to contribute to the well-being of their homes.

Spouses of public figures should try their best to be positive about their partners’ dreams/projects, and support them in times of difficulties.

Do you see a future of coming back to Nigeria? What specifically will be your priority if you’re coming back?

I do not have a clear vision about coming back to Nigeria. Nevertheless, it would be my honor to contribute to the development of the country as the opportunities come, regardless of my physical presence in Nigeria.

One of the areas some people do not agree with your husband is the language he deploys when analyzing the messages of some men of God in Nigeria. Some feel he is being too harsh and sometimes caustic. How will you react to this?

I agree that the analysis of some messages preached in Nigeria done by my husband could be done in a more appealing and diplomatic way. However, I think we do not know the full picture of what the Lord has done, is doing, and will still do with the challenge to Christianity in general in Nigeria. God chooses His messengers for certain tasks; He allows some things to happen and He knows how to use everything for His good and for the good of His people. I do not think that God is too bothered about that, hence, I keep my peace.

What is your own perspective of Church leaders in Nigeria and what has been your experience of them?

Religion (faith in God) is a strong survival factor in a troubled nation like Nigeria. After helping people to establish a strong relationship with God, the focus should be on practical Christianity for every believer. Nigerian Christian leaders should demonstrate more servant leadership, respect for their followership, more initiatives on solving social problems. They should also create a platform for maximum self-realization of their members in the areas of personal callings.

Nevertheless, being a true Christian leader is challenging and especially in the Nigerian cultural, social, religious, political, and economic settings. I advocate for more support and prayers for true leaders.

What would you consider your greatest strength and how does that help in the furtherance of the gospel?

My organizational, analytical, and creative skills. It helps make the gospel relevant to all age groups.

Who are the people that have influenced your life most and in what way?

There are too many to mention. All are great heroes (both Christians and non-Christians) of all times, including my generation. 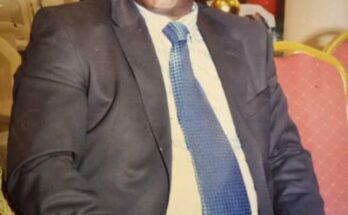 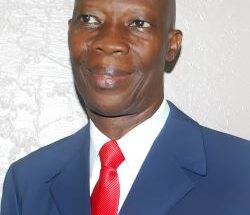