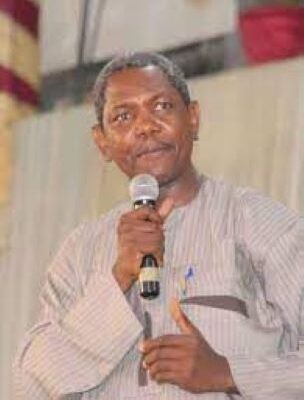 Founder of Peace House Bro. Gbile Akanni has said sin is only powerful when we decide to keep it secret noting that the only way to break its power is to break the secrecy.

He said “when you break the secrecy, you will realise that sin has no power over you”

Bro Akanni made the statement in a recent message posted on the Facebook Page of Peace House.

Akanni, a well-known teacher of God’s word said: “The first thing that sin begs for is to make it a secret. When you yield to it, it becomes difficult to break it. And this makes you begin to cover it up the more which makes it worse”.

He further explained that “when you yield to keeping sin a secret, it threatens you with shame when you are about to reveal it. But what you don’t know is that whether you cover up sin or not it would bring you disgrace.”

Making copious reference to the Bible he said “Righteousness exalts a nation but sin brings reproach”
He stressed that no man who lives in sin can continue in grace. He added, “every time you sin there is always a measure of disgrace awaiting you. There is no man who can continue in sin and be in grace.”

Akanni: You can’t overcome sin until you are ready to uncover it

He explained that “grace gives us the power to say no to sin but when sin overcomes you grace starts reducing in your life. Grace only abound to a sinner who is humble enough to open up.”

According to him, the first step to personal restoration and revival is being ready and willing to say no to sin.

He said the problem of David did not start from when he slept with Bathsheba noting his problem began when he found himself lusting.

He said, “A cover habit keeps growing inside. The power of sin, the secret of sin is in its secrecy. Expose the secret sin, and you will find out that it has no power over you.”