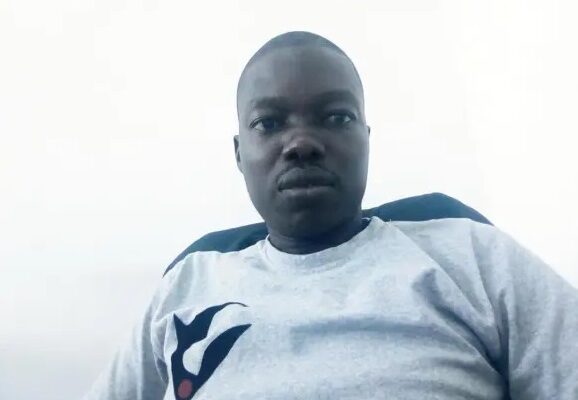 One of the cheapest commodities in Nigeria these days is death. It is so cheap that human life has lost its sacred value. Hardly there is any day in the last 10 years without bloodshed.

Apart from natural disasters like flooding, inferno, road accidents, and sickness-induced deaths, insurgency, banditry, and kidnapping have become major sources of premature deaths. Like a leaderless society, security of life has become elusive and Nigerians have resorted to seeking divine and hired security services.

Death is inevitable but how it comes is a matter of concern than when it happens. The way Timothy Adegoke, an Abuja-based Master of Business Administration, MBA, student of Obafemi Awolowo  University, Ile Ife, Osun State, was killed, remains tragic, heartless, and gruesome.

According to media reports, Adegoke was a regular lodger at the hotel and in the process may have cultivated friendship with some of the hotel staff which must have been the reason why he allegedly transferred his bill to a private account number given to him.

Thinking that his disappearance may be inconsequential due to their observation that he had no strong link to the high and the mighty. His reserved look, gentle disposition, and less boisterous social lifestyle might have given them a wrong assumption that he could disappear without a trace probably like some of their previous victims.

If such dastardly act hasn’t been a norm, the effrontery to kill and dispose of a lodger as they did to Adegoke wouldn’t have been so easy and neatly done. Because human blood is so strong, it usually demands and cries for justice, that’s why many evil deeds get exposed even when it is done in utmost secret and at remote locations.

May evildoers never escape justice. May they get deserved consequences for their deeds. Nemesis and karma are agents of natural justice and deliverers of rewards for human deeds be they good or evil. The holy book says “Do not be deceived: God cannot be mocked. A man reaps what he sows.” (Galatians 6:7 NIV).

Ritual deaths and tragic disappearances of lodgers in hotels in Nigeria are common occurrences but it is covered up from media attention. The reasons are that the people behind the evil deeds are rich and well connected; also, most of the victims are largely unknown because there’s no public outcry by families and friends that ever linked their missing loved ones to hotels where they lodged. Adegoke’s case became known because he communicated with his wife about his whereabouts at each point of his movement.

He also used internet transfer on his mobile phone to pay for his accommodation. He took his previous receipts back home to his wife and he told her all about his location. So, it was possible to trace and eventually locate his remains in the shallow grave where he was buried in an undignified manner.

Since the police are still on the investigation, I will restrain from further comment on the arrested suspects and their alleged roles in the gruesome murder of the deceased but Osun State Police Command appears to be doing a good job so far. I hope the media and the public will monitor the case to its logical conclusion. What a world!

I read a post ascribed to a popular preacher and Bible scholar where he detailed his “experience” with ritualists in a hotel where he lodged. He narrated how he had wanted to use the ATM outside the hotel later in the evening but one of the room service staff insisted on helping him with the transaction because it was getting dark but he bluntly declined. He was somewhat curious as to why the young man was insistent on helping him with the withdrawal.

When he got to his hotel room, he noticed some blood stains on the water closet in the toilet. After a curious observation, he decided to wipe it off with tissue paper and later slept off until a gentle but consistent knock on the door woke him up very early in the morning. Upon opening the door, he saw the same room service guy, looking startled, shivering, and asking if the man of God was okay.

Realising that no harm has befallen the pastor, he then asked him to pray for him after confessing the ritual they performed in the room shortly before it was allocated to the Pastor. He said that “nobody had ever survived the night in the room anytime they did such ritual. Knowing that the ritual never failed to claim the lives of innocent lodgers, that was why I insisted on helping you to go and use your ATM card so I can know your PIN.

“Immediately we discover that the lodger is dead, I will go and empty his bank account while the manager and others will ransack the lodger’s belongings and remove valuable items therein before we invite the police to the scene.”

That the Pastor survived without even having a slight headache as he slept soundly surprised the hotel staff. After his confession, the Pastor chose to preach to him, prayed for him, and walked away from the hotel said to be a prominent one in the town.

Innocent people have gone missing without a trace through hotel accommodation. Because such victims are unknown and their families didn’t know exactly where they lodged or their whereabouts, it made the ritualists operate without a trace. In view of the new scary development, a number of suggestions have been offered in the media space. Some of the ideas canvased include:

1) Pay for your stay with your ATM card or through your bank account. Don’t pay cash as it is not traceable.

2) Snap your receipt and send copies to family members or friends as well as your mailbox.

3) Check your room for video recording devices (switch off the light in the room and bathroom when it’s completely dark if there is a recording device it will glow in the dark).

4) Let a family member know where you are and get someone to call you at regular intervals.

5) Look under the bed you are going to sleep in and make sure nothing is placed under your bed (calabash and other forms of ritualistic items). Some beds even have graves under them.

6) Use your own toiletries, towels, and beddings wherever you can.

7) Do not drop off used or disposables in their toilets. If such can be disposed of later outside and by yourself, it is better.

8). You may make a secret recording of the hotel and the room as well as your transactions with their receptionists and keep such in your mailbox.

9) When you finally want to check out, check everywhere (including under your bedsheets and pillows) to confirm that you have not forgotten any item of yours behind.

Always let your family know your location at any given time, even if it is a shot time rest you want to have in the hotel.

I see with the content and context of your presentation.  It is a Clarion call. You are right. Beyond rhetoric, something must be done quickly in our society to remove the “veil” on marriage! It is covering nonsense, danger, and ungodliness. I posited that the slogan,”For better, for worse” should be replaced with the content of Romans 8:28. I also posited that the church, as it were, has deviated from the teaching of our Lord and savior Jesus Christ on marriage. He thought that divorce or separation can be allowed for cases of established immorality!

Instead of the minister who had the right to join can also separate or divorce, but it is left for the court of law to adjudicate. It is wrong! We have a problem in our hands. Our society is sinking! We must rise up now! Our theological institutions must sit up and teach right and let the Holy Spirit take His place in the administration of the church as it should be.

Today we have congregations full of adulterers and adulteresses! Why? For better for worse! Those who commit infidelity can now confront you and say you know there is no divorce, once married, you’re married for life!

May God help our spiritual and legal institutions to get a lasting solution to this social threat to our marital life. – Simeon Ajueyitsi, Lagos. 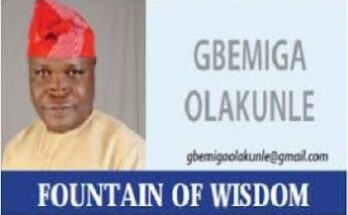 Fatherhood in the home and nation, the missing link by Gbemiga Olakunle

Sex Palaver: ‘Clergy Are Men Like Others’ By Michael West